A Perfect Model For The Human World 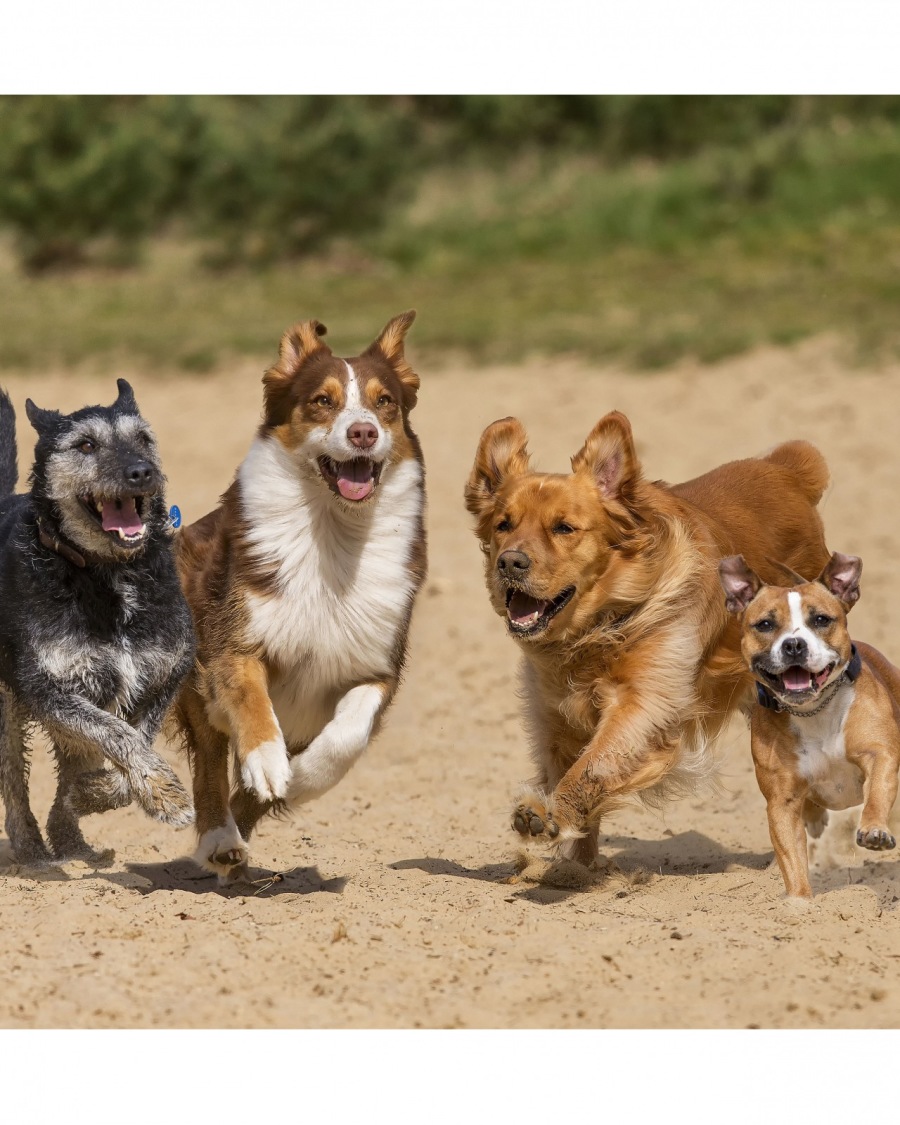 Early this evening, I was putting out some recycling when a lady from the neighborhood walked by with her dog.

The dog was a beautiful Golden Retriever and appeared to be about seven or eight years old. He was slightly odd in that his front left leg was nowhere to be seen. But he was hopping along like it was business as usual.

I guess a dog who has lost a leg or perhaps was born with only three instead of the usual four, doesn’t really think of himself as unusual, he just carries on and learns to deal with it.

The three-legged dog stopped at the bottom of my driveway and looked at me. I looked at him. The lady looked at me and smiled then released the leash she was holding.

The dog came up the driveway so say hello. I rubbed his head a bit and patted him on the side. The dog just looked up at me like a I was some sort of long lost friend. His tail was wagging link crazy and he was enjoying the hell out of this encounter…as was I.

I could tell the lady was used to doing this on her walks with the three-legged dog. She probably allowed extra time on these walks so her dog could say hi to lots of people.

This got me thinking, as you can tell, about dogs.

It has occurred to me that the way dogs generally behave with each other is something we humans could learn a lot from.

When you see dogs in one of those dog parks or when you see a bunch of them being hustled around by a dog walker, you never really sense that any one dog has any animosity towards the other dogs. 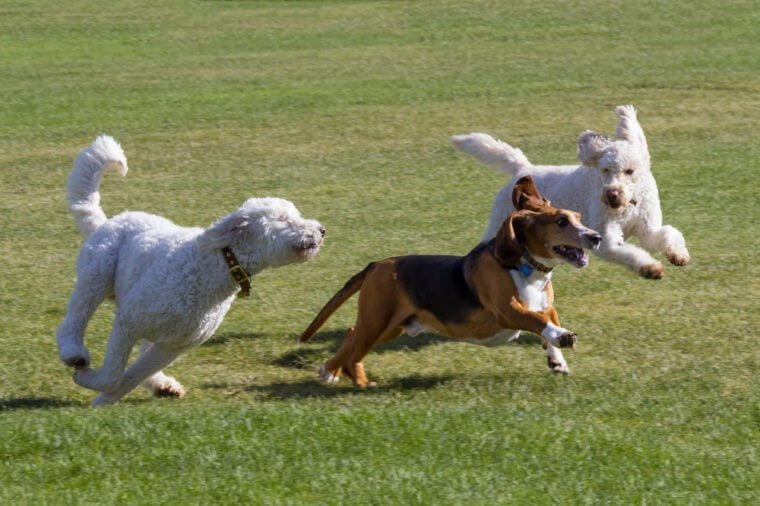 I used to notice this a lot when I had my Kerry Blue terrier, Lucy. She was pretty high strung and Kerries are aggressive by nature, but when I took her up to the local school yard to let her run with the other dogs, there was no drama. She just scoped out the pack and joined in, running this way and that, following whatever dog logic guides these animals.

She never seemed to disagree with any of the other dogs and they never disagreed with her. Dogs are like that. It doesn’t really matter what breed you are or what colour your fur is or even how big or how small you are.

If there’s a pack happening, you’re free to joint and free to leave anytime you want. No obvious rules and no obligations.

Lucy would run around for a while and then, like a lot of the other dogs, would break away from the pack and come back to where I was standing, usually talking to my pal Bill Tibbles, who had an Airdale. Just checking to make sure I was OK.

Dogs seem to have that need. Like the three-legged dog in my driveway. I’m pretty sure he wasn’t just coming for the pats on the head and the body rubs. He was making sure I was OK. And I was.

I don’t know what it is that makes the vast majority of dogs so very tolerant of other dogs, but we could learn a lot from watching them. In fact, if we humans acted more like dogs did with each other, there would be no such thing as racism in this world.

We would all understand that the human race is all just a bunch of humans. Different breeds. Different colors. Sometimes different facial features or body structure, but all composed of the same basic stuff. And all members of the one pack that roams this planet.

Myself, I have always been like my dog Lucy. I get along with everybody, because I honestly see everybody, without exception, as part of the human pack.

So the next time you walk by a dog park, stop for a few minutes and watch what goes on there. What you’ll see is a perfect model for the ideal world.

#4
That would’ve meant descending to his level, John Rylance

Ken, I hope she lifted her leg and aimed straight at his groin, to show she was a fully fledged ball buster.#3

Lessons indeed to learn, Jim, from the domesticated dog park pack and the origins and historical distribution of Homo Sapiens. This reminds me, however, of a female acquaintance of mine, many years back, who, not long before she gave up her career in family law, was told by her boss at her annual appraisal, “If you want to run with the pack, you’ve got to learn to lift your leg.” 🤗

Dogs are indeed awesome. I've had one for several years before sickness got the better of her. It's a completely different relationship than with any other species. I love cats too, as well as hamsters, but they are not as close to humans, as the canine creatures, IMO. Cheers

Being a kat person I never thought I would say it but I think kind of get it ...the dog thingie :-)