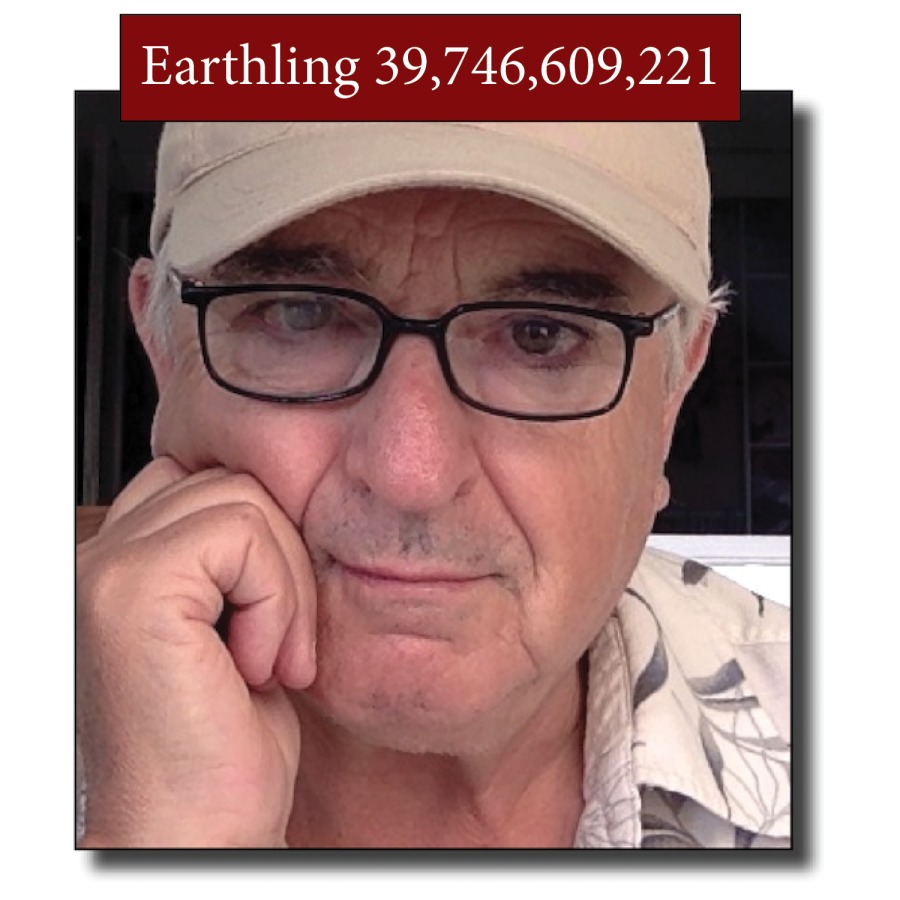 That’s me. Been around more than 70 years. Seen a lot of shit go down. Seen wars in Korea, Vietnam, Afghanistan. Seen men on the moon, and other men who got blown up on the way there. Seen Elvis and the Beatles and Springsteen and Dylan. All those guys.

Got educated. Lived in a few places. Had a career in a great business. Owned a total of 6 houses over the years. Traveled from one end of my country to the other a couple of times.

Had religion then lost it. Know people from all over the world. Found true love and managed to hold onto it. Watched the world on the news almost every night.

And through all the shit, all those highs and lows, all that adventure, all those jobs, all those people who have come and gone in my life, I never gave one fucking single solitary thought to the idea that we might all somehow be different from each other.

Because I have always believed that we are just Earthlings.

I’m an Earthling. I currently live on a planet with about 7 billion other Earthlings.

We are all just Earthlings.

Any differences between us are superficial and really don’t matter. We all want the same thing in the end and that is to keep on being Earthlings. To make the world safe for all Earthlings, especially the younger ones. To contribute to the greater good of the earth. And to live our days in peace.

But this can never happen as long as we remain focused on our differences and don’t celebrate and take full advantage of our similarities.

We are all Earthlings. This is the only planet we have. But some of us are fucking it up, and most of us are suffering as a result.

But it doesn’t have to be that way. We have proven it in small ways all over the world. With innovations and ideas and ways of thinking about how we solve our problems. These ideas need to be adopted universally, for the benefit of all Earthlings.

Now is the time for all Earthlings to start thinking the same way about the future. Or there simply isn’t going to be one.

I am an Earthling. And so are you. Anything else? Not important. Not even a little.