Frodo & Me (The Power Of Storytelling On A Bus To Buffalo) 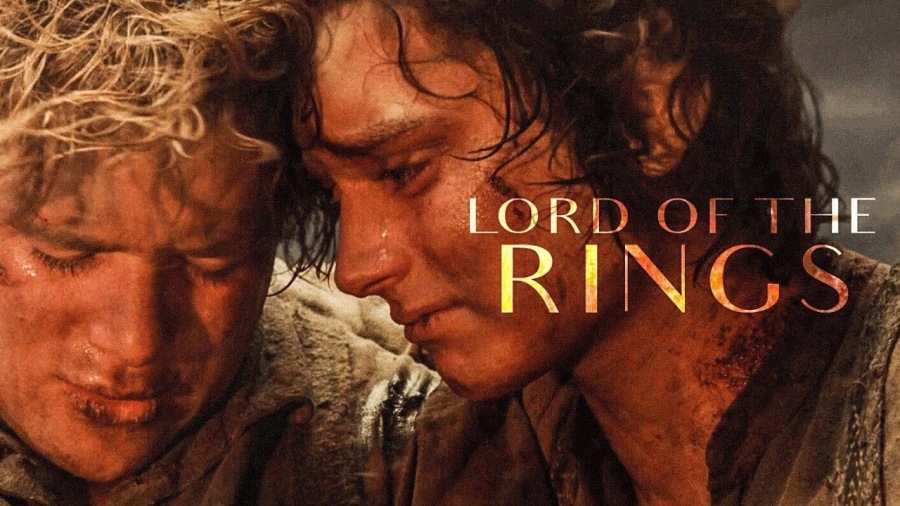 It was the summer of 1966 when I first learned about the power of storytelling first hand.

I had been living in Ottawa for a few months having just moved there from Fort Erie with my dad, his new wife Dianna and her daughter Mary.

I was in grade 13 and didn’t miss much about the life I was leaving, except for one thing. It was a girl named Sandy. She was a very pretty blonde who lived with her rather large family in North Tonawanda.

We were trying to make the long distance thing work. And this was my second bus trip down to Buffalo from Ottawa in as many months.

But the eight hour trek was getting old, and what I had to do on this trip was not something I was looking forward to. Because it would break my heart and hers. At least for a little while.

I kept telling myself that we all go through stuff like this and live to tell the tale, but I was just fooling myself. Sandy was one of the sweeter girls I had ever met and this was going to be uphill work no matter how I tried to finesse it in my mind.

One of the things that made the long bus ride tolerable came courtesy of JRR Tolkien, whose Lord of The Rings trilogy had been my companion on both of these epics journeys down to Buffalo.3

After switching buses at the Bay Street station in Toronto, I ended up sitting beside a very pretty girl who appeared to be a couple years younger than my 19.

From Toronto to close to Hamilton, I worked my way through the final chapters of the 3rd book in the trilogy, The Return Of The King, and closed the book with a satisfying thud.

I was blown away by the literary experience I had just completed over the past few months. I’m not a slow reader but found myself savouring these books so much that I would actually ration my reading to prolong the pleasure.

As I was sitting there with the book in my lap, I noticed the young girl next to me staring curiously at the cover. 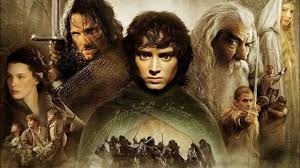 “What’s the Return of The King?”, she asked me, like we had been chatting for hours.

“It’s the third book of a very famous fantasy trilogy. It was written by an Oxford Professor, during and after World War 2. The trilogy is called The Lord of The Rings.” I replied. Even back then I was into giving too much info.

“What’s it about?” she asked, as I handed her the book to look at.

“It’s symbolic. I said. “The writer was writing a fantasy story with a strong message about the world as he saw it back then.”

“So what’s the story about?” she asked.

I chuckled to myself a bit. “Do you really want to know?” And she nodded eagerly.

The Passing of Tales

For the next hour, I did my best to retell the story of Frodo Baggins’ epic journey to the land of Mordor. I tried my best to explain what the elements of the story symbolized to the best of my ability, which wasn’t much but more than I actually realized.

As the bus motored along over the Burlington Skyway, along the long flat stretch to St Catharines, over the Welland Canal, past Niagara Falls and on into Fort Erie and the Peace Bridge, I gave the young girl the Cole’s Notes version of the epic tale.

As I approached the end of it and we were pulling into the customs inspection lot in Buffalo, I looked around and realized just how mesmerized I had become in the re-telling of this tale. It had blocked out pretty much everything but the young girl, who seemed completely absorbed.

When I looked up and around I saw people leaning on the seats in front of us. People standing in the seat behind us straining to hear. And several other people perched on the arms of seats in the aisle beside the young girl.

They were all leaning forward, smiling and listening.

I was astonished, to say the least. And it made me laugh because for a precious moment there, I saw myself as a actual character in the Lord of The Rings, re-telling a great tale to my little tribe of bus riders around an imaginary campfire.

Stories Are What Makes The World Go Round

Stories are meant to be told. There is great power in storytelling. The power to enthral and captivate. The power to communicate ideas. The power to explain things about the world that people might not know. And most importantly the power to connect and get a better sense of how we are all connected to each other.

If asked to recount the whole Lord Of The Rings story nowadays, I may be a little unclear of a lot of the detail. It’s been a while. But I have never forgotten that bus trip.

It was the last one, for me. Because Sandy and I both agreed that it was a long way, made even longer by the fact that she had been accepted at Northwestern in Chicago and would be leaving to find a place to live in a couple of days.

It’s amazing. I was doing something in the upstairs living room yesterday and just happened to glance at one of our glass bookshelves where a hard cover version of the Trilogy sits along with several other Tolkien masterpieces, and the bus ride story just bubbled up from the far reaches of my mind, saying tell me, Jim.

So there it is. A little nostalgia trip for me. A little lesson on the power of storytelling for all of us. Hope you enjoyed it, as much as I did.

Jim Murray (that's me) is a writer, art director, marketer, editorialist. reader, sports fan and TV watcher. I have been actively posting on social media since 1998. I am also a former ad agency writer and art director & ran his own creative consultancy, Onwords & Upwords, from 1989 until recently when I closed it and opened a freelance enterprise called Murmarketing. I live with my wife Heather, on the Niagara  Peninsula work with a small group of companies working  to make a positive difference in the world.

Jim, there is something to a long ride and a thwacking good tale that sticks in your memory. Atlas Shrugged accompanied me on an overnight train ride from New York to Cincinnati. I've changed my beliefs since but i will never forget the impact of that night. And so it goes.

Jim Murray A wonderful "story" .. which I share hoping others find your "pearls" of insight & catch your spirit.

“Stories ARE what makes the world go round.” Stories are in us & around us. Each life is a story. Unfolding day by day. We should always be on the lookout for great stories & great story-tellers. Like great books, LIFE is meant to be “savored” In our life journey there are “pearls” everywhere to be found. The same is true in books. Adventure awaits. “Searching for pearls among rings” Such a search ... may require wings Adventure that is meant for kings Not all rings have earthly strings “One Ring to rule them all, One Ring to find them, One Ring to bring them all and in the darkness bind them.” ~ J.R.R. Tolkien, The Fellowship of the Ring Some rings are vast and not all rings are fair They’re not always seen ... but are everywhere.” https://www.bebee.com/producer/@fay-vietmeier-pennsylvania/searching-for-pearls-among-rings “Hold your ground! Sons of Gondor, of Rohan, my brothers! I see in your eyes the same fear that would take the heart of me. A day may come when the courage of men fails, when we forsake our friends and break all bonds of fellowship…but it is not this day. An hour of woes and shattered shields, when the age of men comes crashing down. But it is not this day! This day we fight! By all that you hold dear on this good Earth, I bid you stand, men of the west!” Aragon “Certainty of death. Small chance of success. What are we waiting for?” Gimli Quotes from: The Lord of the Rings: The Return of the King - J.R.R Tolkien