One Canadian Who Won’t Be Ranting Today 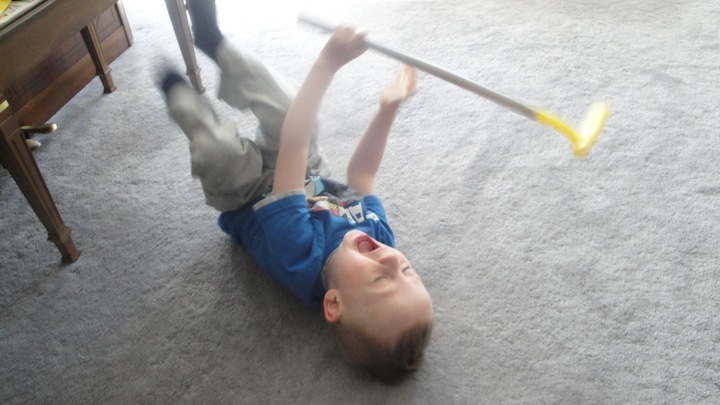 I haven’t done a good old fashioned rant in quite some time now. Or maybe I have and they are just becoming tamer because I have mellowed out a bit after Trump was exiled to the nether regions of the dubious billionaire universe.

It’s kind of hard to rant or even rail against the current administration in the US, because that is sadly comprised of genuine human beings who very much appear to have the well being of their country at the forefront of their activities.

It’s kind of hard to rant against the lowlife scum that stormed the Capital Building in January, because most of them have been rounded up and are blubbering like the dumb shits they are.

It’s hard to rail against all the idiots who refuse to be vaccinated, because sooner or later they will all be forced to do that, because every government realizes that it’s all or nothing proposition. And there's no point in going after people spreading this virus, knowingly or unknowingly, because the world is finding out the hard way that the right thing, the only thing to do to get it under control is getting the fucking vaccination!.

It’s hard to rant about gun control in America because those fools already have their own sacred and updated version of the second amendment that entitles them to bring their who arsenal with them every time they go to Piggly Wiggly for a quart of milk.

It’s hard to rant and rave about how mental illness is at the root of most of the mass shootings in America, because the simple fact is that government would go broke trying to treat every crazy in that country. There are millions.

It’s hard to rant about the lameness of the Republican party, because everybody can see that those poor shitheads have totally lost their way, don’t have any ideas about how to make the country better, and don’t even do a convincing job of criticizing their opposition.

It’s hard to criticize our Canadian government for dragging their asses on ensuring enough vaccine supply, because Trudeau is a nice guy and the old adage ‘Nice Guys Finish Last’ applies here in spades.

It’s even hard to go after the captain of that ship stuck in the Seuz canal, because everybody and their uncle is going after him for that. I wouldn’t want to be him for all the tea in China.

Its also hard to rant about the environment, because since I started writing about it in my column, Brand New Day, I have discovered that there is enough new development in the alternative energy/waste management/sustainability areas that I feel pretty good about things going forward.

So here I am, all primed and ready to rant my arse off, and what do you know, things are not so bad these days.

Yes, a lot of people are still out of work, but yes, companies are starting to hire again. You have to expect some displacement or in this case, a lot of displacement leading to less. But you can’t really complain about it, because it is, as the prophet said, the way of things.

And, yeah sure, there are natural disasters, wars, insurrection and all the rest going on. But right here and right now, for me and my little pod. it’s not so bad. We’re all stocked up on groceries. The weather is changing for the better. I got to exercise outside yesterday. And I’m feeling healthy, although my legs still don’t work as well as I would like them to. I have also drafted about 200 pages of my mini-series script, and am having a great time with it. Only another hundred pages or so and I will have a good three parter.

So my big rant today is that there is no rant forthcoming. Sorry to disappoint you all but I’m actually happy about it. So there.

Jim Murray (that’s me) is a writer, marketer, editorialist, reader, TV watcher. I have been actively posting on social media since the early 2000s. I am also a former ad agency writer and art director and now run a freelance enterprise called MurMarketing. I live with my wife on the beautiful Niagara Peninsula work with a small group of companies working to make a positive difference in the world.

My blogs are all accessible on beBee.com

Jim, With all the good intentions not to, that little jaunt around the barn included a few Sheldon like comments. I kept waiting for the "Bazinga!" And when it didn't come I added it sottovoce. And so it goes.

#1
You have to admit it was a kind of left-handed rant.

Jim next we will hear you throwing away the bit of gristle and humming "Always .look on the bright side of life" A non-ranting Jim what next? No wonder the kid is throwing a wobbly.