One Plague Down, One To Go 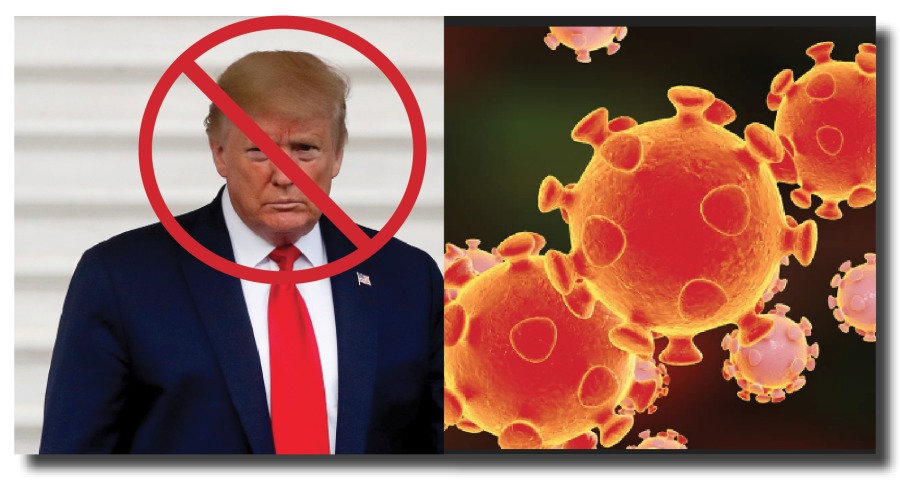 I spent a good amount of time over the past 4 years, watching and firing potshots at the political plague known as the Trump presidency.

And I had a very good reason for doing this. You see I have been a Trump watcher for quite some time. And for most of that time I have known that he is a seriously damaged individual. Spoiled. Entitled. Narcissistic in the clinical extreme. Arrogant. Classless. Egocentric. And completely devoid of anything resembling a conscience. It would in fact be fair to say that he is the most damaged human being of note on the planet.

But the one thing he has going for him is that despite all these character flaws and personality disorder, he is quite high functioning.

I used to watch guys like David Letterman take him apart on an intellectual level that he could not grasp. It was fun to watch in a sadistic sort of way. Trump would come on the show and quietly brag about his wonderfulness. Never being too specific, because, well if you were him would you want to go there? But the audience laughed and Trump, I’m sure, thought that his amazing sense of humour must be contagious.

In 2015 when he threw his hat in the presidential ring for a second time. (the first was an epic fail), he had a much higher TVQ from a moderately successful reality show, The Apprentice. I watched a couple of episodes of this, and a couple was all I could take. I found it completely ridiculous, and an affront to earnest business people everywhere.

All that not withstanding, he was genuinely a household name, since a lot of American households were populated with the very people who made the reality TV concept viable. Smallish people with even smaller minds, who believed that if they saw it on TV it must be real.

Trump, or at least the people he allows to advise him, like Roger Stone and Steve Bannon, obviously noticed this and thought he could take the lion’s share of the Republican masses out there if he just behaved the only way he knew how. Loud, brash, borderline racist, full tilt sexist, misogynist, and 100% populist.

These people, his people were the marginalized, the too far to the right of Hitler, the white supremacists and their silent sympathizers, the hard core Christians and that old standby the Patriotic Americans.

This time, Trump came out with both sides of his mouth blazing. Blaming Obama for everything, attacking the large field of opponents with derision and name calling, with lie after lie about the state of the American union, and how America was being victimized all over the globe. About how all the good jobs were traded away, for seven pieces of silver, to China.

You name it, he attacked it. He was a one man Panzer division rolling over the American landscape, casting doubt on just about every institution imaginable, and sucking in and unifying his TV audience and all the other flotsam and jetsam that accumulates in any free society, selling them red hats that screamed Make America Great Again.

And on he went on his narcissistic take-no-prisoners rampage, holding rally after rally, like snake oil salesmen back in the day, a poor man’s Burt Lancaster in The Rainmaker.

And it worked. Intelligent people all over the world were stunned to realize that this buffoon was actually appealing to a great huge mass of people who were intellectually incapable of grasping the magnitude of the hoax that was being foisted on them.

Republican politicians watched, in amazement, as well. Because most of them knew this was a con, and the opportunists who fell most closely in line behind him were like the rabble he roused, taken with the sheer gall of this guy.

I will freely admit that I never believed Trump would get as far as he did. That sooner or later this outlandishness would catch up with him and people would come to their senses.

But I was dead wrong. I totally underestimated the gullibility of great mass of his supporters. Mainly because I underestimated the abject need that these people had for a voice that expressed all the sentiments that they could neither articulate nor go public with. He was their voice and it was music to their ears.

The Republican party, seeing this groundswell had a choice back then. Either go with this guy and take their chances that he could actually pull off unseating a Democratic government, and actually be a president. Or get rid of him and put in someone like Jeb Bush, who would toe the traditional Republican line.

They obviously chose the former, fearing the power of the following that the Trump political machine had built and would continue to grow. And that going against that tidal wave was the stuff of political career suicide.

It was, as we all know today, a bonehead move, than has torn the party apart and taken their power, more or less, away from them.

The reason this happened was simple, the Republican party became the Party of Trump. It morphed from a political entity to a cult of personality that gave voice to, well you name it, and none of it is good for a free democratic society.

I don’t have to go through the next four years, because it’s a little hell that we have all lived through, and a real object lesson in how not to run a democratic country.

And now, the end is so near I can almost smell it. I have crusaded long and hard. I have made a lot of friends with kindred spirits along the way, and I have taken great joy is firing potshots from Canada, at this unstable moron pretending to be king.

He will be gone, but I don’t think he will be forgotten. His organization knows how to manipulate the media, who are really no more than another bunch of greedy bastards.

The hope is that the Republican party can jettison Trump and rebuild itself as little closer to the centrist type of entity it needs to be in a true democracy.

Because one thing I have learned from a lifetime of living very close to America, is that there is always, always hope.

#2
Out of the frying into the fire.

There is a joke about a boy who visited everywhere twice. The second time to apologise for the first. Lets hope that Trump doesnt get a second bite at the cherry, especially as he wouldnt apologise for the mistakes he made this time. He would blame someone else. Keep Safe.

#1
I sincerely hope so Jerry

Therein lies the problem--people watch. DC has changed. The blue skirts and the red skirts all go to the same parties now. They LOVE theater and those big white buildings are the perfect stages. If we thought Plague Trump was bad, wait 'til we get a load of Plague Harris. It will be quite a show. How many sides does Democracy have? One side—The People. Everyone else is just a job applicant.

Jim, And the hope walked into the Whitehouse today.