This has been such a messed up year with so much filth, so many falsehoods, the legitimization of outright misogyny, the globally-dangerous ravings of a sick man occupying the White House, rampant racism and glorification of the lunatic fringes of society, the incessant acts of terror, the emptying of entire countries of people marginalized solely due to their belief system, misguided taxation policies created solely for the enrichment of those who already have more than they can possibly put to any use other than self-aggrandizement, the earth continuing to be raped for the sake of lining shareholders pockets, people being thrown to the curb without health care, aboriginal peoples receiving apologies that have little more lasting impact than the breath with which they were uttered, black men shot down in the street for the simple reason that they are black, and I could go on.

Rather, I choose to embrace the hope that somehow the decent people among us will make our voices heard and putting partisanship aside will struggle to find common ground that rekindles decency.

I have been reading a wonderful compilation put together by the late journalist and writer William Safire - Lend me your ears Great Speeches in history. This near 1,000-page anthology contains speeches ranging from Cicero’s ‘city that is set on a hill’ to Socrates’ address upon his sentencing to death to Carl Sagan contemplating the potential self-destruction of the earth.

It’s not a book you read from cover to cover (although you certainly could), but one in which you dip your brain for inspiration and learning.

The first was broadcast in 1933 by Yale professor William Lyon Phelps and its subject revolved around the habit of reading and owning books. Phelps was said to have more than 6,000 volumes in his library, all of which he had read and “some of them twice.” His remarks resonated with me as I believe we all could do well to return to the sheer glory and wonder that is reading and the magic transportation that books offer.

“…your own books belong to you; you treat them with that affectionate intimacy that annihilates formality. Books are for use, not for show; you should own no book that you are afraid to mark up, or afraid to place on the table, wide open and face down. A good reason for marketing favourite passages in books is that this practice enables you to remember more easily the significant sayings, to refer to them quickly, and then in later years, it is like visiting a forest where you once blazed a trail. You have the pleasure of going over the old ground, and recalling both the intellectual scenery and your own earlier self.

“Everyone should begin collecting a private library in youth; the instinct of private property, which is fundamental in human beings, can her be cultivated with every advantage and no evils.

“Literature is the immortal part of history; it is the best and most enduring part of personality. But book friends have this advantage over living friends; you can enjoy the most truly aristocratic society in the world whenever you want it….in a private library, you can at any moment converse with Socrates or Shakespeare or Carlyle or Dumas or Dickens or Shaw or Barrie or Galsworthy.”

There have been recent posts on social media platforms where I read about the act of reading and its apparent demise. They posit that our short attention spans and need for constant entertainment and diversion render the book obsolete. Even the long-form post (which this appears to be becoming) is thought too much for people. Perhaps this is true BUT every time one of my boys brings home a book from school they are excited to enter its world. Every birthday and special occasion features the gift of reading to my children. My boys use their own money to purchase books!

There is hope and on that note of hope, I can turn to another speech which drew me in again. It seems more relevant than ever and in its words, you can find both despair for what we have failed to accomplish in the 54 years since it was first given voice and a faint glimmering of possibility.

On August 23, 1963 Dr. Martin Luther King was the principal speaker at a peaceful march on Washington, D.C. where he spoke from the steps of the Lincoln Memorial. Many of these words will be engrained in the consciousness of many people of my generation and as a true testament to their power, they remain as powerful today as they were over half a century ago. What a profound shame that recent history shows us traveling in a direction diametrically opposed to the path he set out.

“The whirlwinds of revolt will continue to shake the foundations of our nation until the bright day of justice emerges….Let us seek to satisfy our thirst for freedom by drinking from the cup of bitterness and hatred. We must forever conduct our struggle on the high lane of dignity and discipline. We must not allow our creative protest to degenerate into physical violence. Again and again we must rise to the majestic heights of meeting physical force with soul force….

I wish you well for 2018 and bid a not-so-fond farewell to 2017. Perhaps we’ll collectively find a way to unleash the ‘soul force’ and make this world a better place than that which it appears to be today.

Joyce \ud83d\udc1d Bowen Brand Ambassador @ beBee While you may be correct I sorely hope it's not endemic.

I think more and more decent folk are succumbing to the fold. Reason? They want to survive--they want a paycheck. They can't get that unless they kiss whatever's being offered them. Corruption begets corruption.

#11
Phil Friedman Right back at you my Beezer Buddy!

#13
Randall Burns Brilliant. Many thanks Chef.

#14
Pascal Derrien Thank you my friend.

I say Yes to that, most years have their convoy of deception and desolation but also come up with pockets of hope where it is as far personal stories are concerned or the great History, either way we need to our best to navigate thru both I believe. Personally I am happy to see the back of this one :-) but most you guys made it so much BETTER :-) A good one (as usual) Don \ud83d\udc1d Kerr

#9
Well Don \ud83d\udc1d Kerr -A classic stuffing, dried bread, onions, celery, (no carrots), butter, eggs,etc.Sage, thyme, savory, rosemary, and always put the gizzards, heart, liver into it after sauteing and chopping, if the bird didn't come with that get a pack of chicken livers to use, dried cranberries and walnuts are good, I like sausage in my stuffing as well, (medium Italian is nice). -Homemade cranberry sauce, it's easy, to the recipe, (usually on the pack of cranberries) add orange zest, orange juice, (cutting down the water by the amount of juice you put in), a few green peppercorns and a pinch of Keen's dry mustard, after you've taken it off the heat add 4 oz of port wine, or maderia -roasted parsnips, carrots and celery root, (Celriac), caramelized with a little Maple Syrup - if you're feeling adventurous braised Belgium endive is great, split them in half, mark them on a HOT BBQ, arrange them in a cake pan or other oven pan, salt and pepper, fresh squeezed lemon juice and lemon zest, cubed butter, and enough chicken, (or turkey), stock to fill pan 1.5 cm deep. That can stay in fridge then put in hot oven for 12 minutes, uncovered,or until bubbling and serve it There's a lot of others, the broccoli is great, Thank God for the lack of marshmallows, maybe Paul \ has some suggestions? Happy Cooking!

These words are very moving, Don \ud83d\udc1d Kerr, especially appropriate at this juncture in History. My fondest wishes for the future of the world align with yours. And as hard as it is, I hope that Hope will continue to spring eternal... for without that, I fear we are lost. My best wishes to you, Kate, and yours for a happy Christmas and a healthy, happy, and prosperous New Year. And to all on beBee. Cheers!

This is what I truly believe Don \ud83d\udc1d Kerr " ... hope that somehow the decent people among us will make our voices heard and putting partisanship aside will struggle to find common ground that rekindles decency." And the words I hear in my head are from Dickens I think, "A Merry Christmas to us all; God bless us, every one!"

#6
Randall Burns Thanks so much chef. BTW: would love if you'd post your favourite turkey accompaniments. Have a great sweet potato mash that I am doing - no marshmallows within 100 km and a broccoli gratin but need that extra special kicker to put us over the top.

#5
Len Rosen So great to hear from you my friend and we're long overdue for a reunion. I miss your wisdom and always curious approach to life. Let's make sure we make something happen together early in '18.

Great post Don \ud83d\udc1d Kerr I grew up loving books, had, and still do have an incredible library. It's something to pass on to the grand-kids. Hopefully this temporary madness will end soon, I agree 100%

#1
Jim Murray No shit. See you on Thursday?

Your hope is my hope, amigo. Being pissed of about what fools are turning the world into is so tiring. 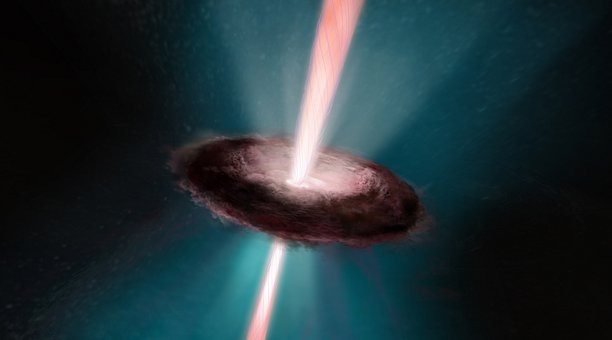 Regular readers will know that my wife, Kate Kerr, ... 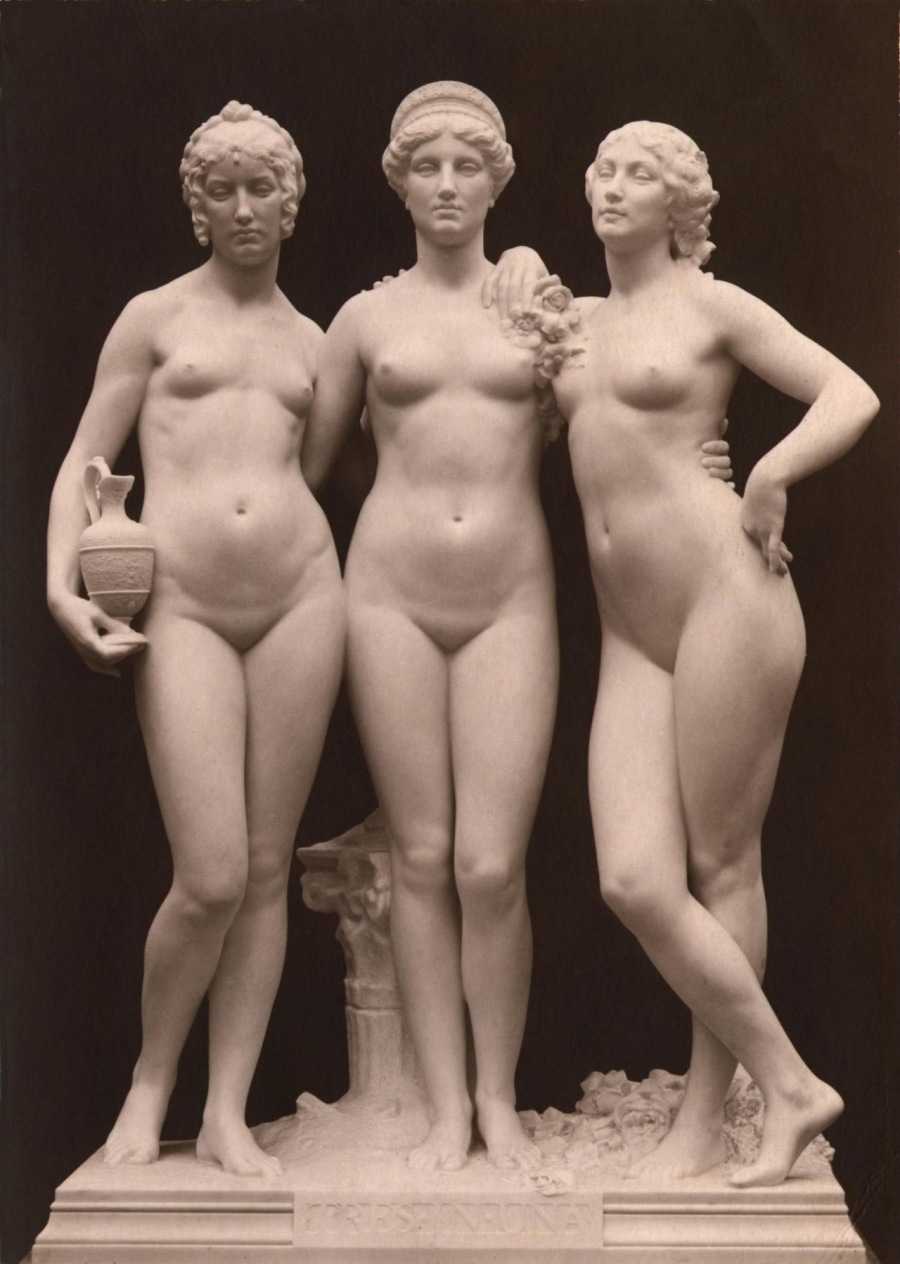 How often do you reflect and remember?

A few weeks ago Kate, many of our breast cancer co ...