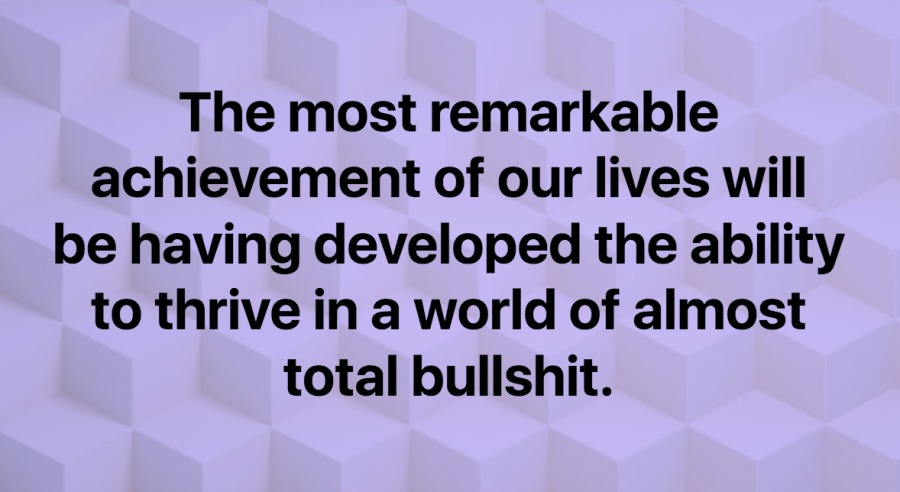 The other day, the thought pictured above occurred to me. Oddly enough it was right in the middle of a period I had designated for myself to basically chill out. Obviously it was working because one of the things I know about myself is that my best insights come when I am relaxed.

This particular insight occurred to me as a result of trying to step outside of any local biases I might have about things like: How the Conservative party in my country has engineered a scandal regarding influence peddling, which may or may not be the case, but even if it were, is not what you would call a gargantuan event.

Or how the current alleged US president is working his ass off to create a border crisis where none exists so that he can get billions to build a a wall and award the building contract to a Russian company as part of the manipulation that’s being exerted on him by that country.

Or how a whole lot of ill-informed Brits were conned into voting to exit the European Union, which seems to me like a complete recipe for disaster for the British economy.

All this falls under the purview of bullshit on the highest level. And of course, social media has become the perfect vehicle to promote, and influence people about, this stuff.

I have written any number of pieces on the subject of bullshit. It’s relatively easy for any writer to become an expert on it, simply because it’s everywhere these days. It’s now woven so tightly into the fabric of our culture that it really is becoming almost impossible to tell the truth from the lies. Almost.

But it’s in that little space between the truth and the lies where we all need to be. We need to stop and think. Even just for a moment. Does this make sense? Does this ring true to me instinctively? Is there a reason why this lie would be told in the first place?

The trouble is that the majority of people out there, for one reason or another, no longer seem to have the ability or desire to question what they are being told. Especially when it comes to the big things, like what kind of culture do you want to have.

People can be conditioned to do a lot of things. And one of the things that they are most often being conditioned to do is to accept, without question, almost everything that comes to them through the media, social or conventional.

And this kind of conditioning is not rocket science. Tell a lie. Tell it again and again. Post it everywhere. Keep posting it. Sooner or later a whole lot of people will get to believe it.

It happens everywhere, not just in the three examples I cited above. And it happens more and more often these days, because it works.

The manipulators have discovered that media are not just information sources, but powerful tools for the manipulation of the people on the receiving end.

Because they understand something I have been harping on for quite a while. That in any given group or subset of people, at least 80% of them will be easy to manipulate.

The 20% who aren’t will spot the bullshit and rage against it, and the manipulators will brand them as angry, frustrated, or just plain crazy.

This is not just some theory I have come up with. It’s actually a thing. And its being practiced on you every day in ways both trivial and important.

The object is to break down any intellectual defenses you may have about what’s real and what’s not. Once that has been achieved, you end up in a state of total confusion about everything and a quite likely to just glom onto the idea that comes at you with the most volume.

We saw this very clearly in the US presidential election where Trump basically shouted down all the other Republican candidates, and then shouted down Hillary Clinton, who may not have been the best choice, but did manage to get 3 million more popular votes than Trump.

But Trump won the election because he focused on the states with the most electoral college votes and loudly shouted promises at them that he has still yet to keep, mainly because they are not possible to keep.

But he was successful, not because he was right, or spoke the truth or even made sense most of the time, but simply because he dominated the entire process and, without their even realizing it, broke these people down and convinced them that black was white and up was down.

I watched this and screamed about it loudly, and so did a lot of other people I know. But it obviously was not enough. 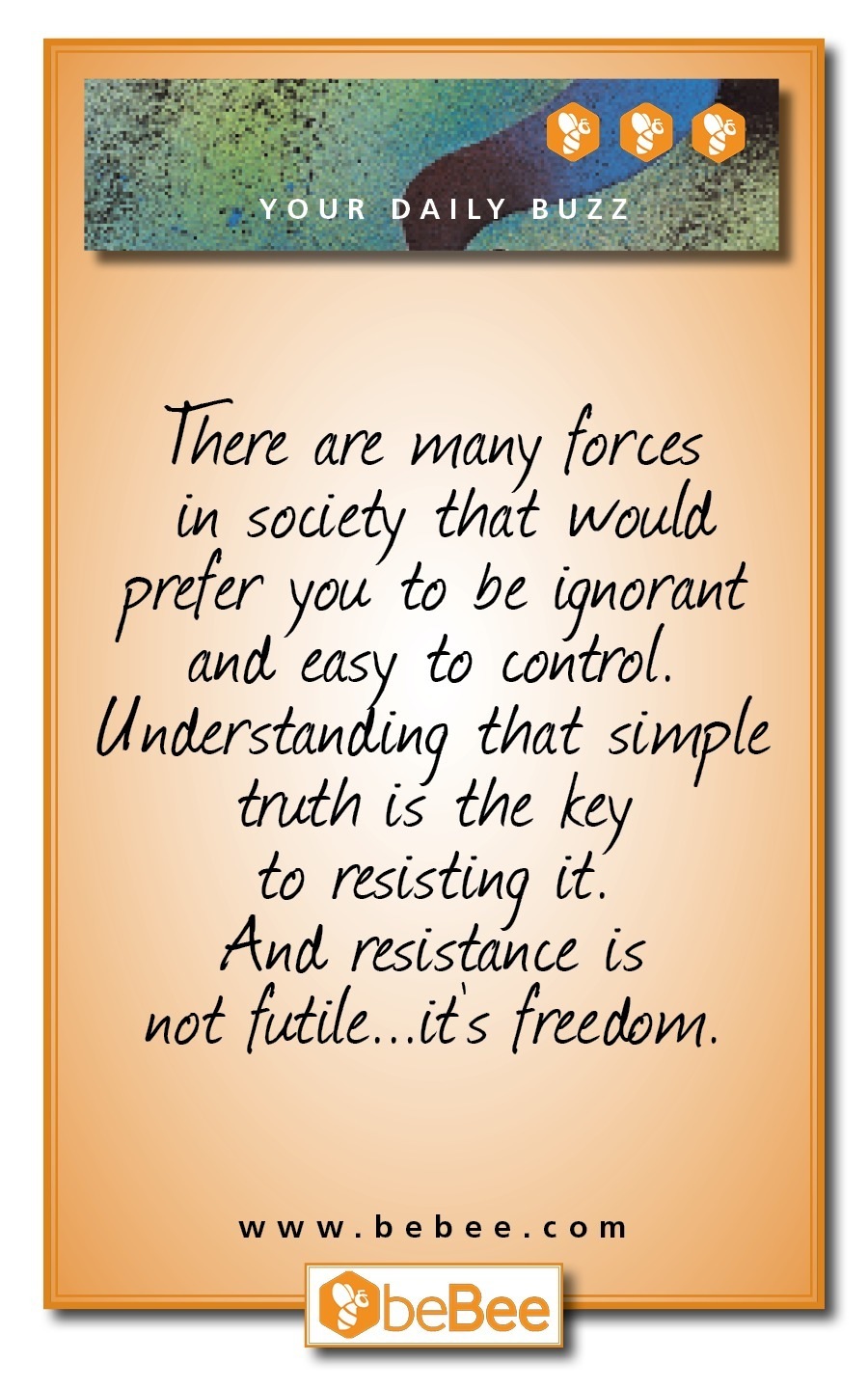 We now live in a world where bullshit has as much, if not more, credibility than objective truth.

Ultimately this will not end well for civilization. The gap between the rich and the poor is widening. Climate change is already upon us and will only get worse as time goes by. Corporations now almost completely control most governments and so wages, jobs for life and corporate health care programs are disappearing. Old school industries are still exploiting the planet, which in turn, contribute substantially to global warming and environmental pollution. And politicians are totally controlled by money.

So as you can see, thriving in a world so totally dominated by bullshit and manipulation is really quite the feat.

You may not be noticing the ill effects of this in your little corner of the world. But give it some time. This is an all pervasive thing. Because, contrary to the bullshit that is being foisted on us daily, the world is one massive interconnected ecosystem.

The only way to ensure our survival within this system is to find ways to work together. Stop listening to the manipulators in politics and at the tops of major corporations and start embracing new ideas for renewable energy, food production, health and wellness and a whole host of other things.

We can survive. But not based on the old model. A new world requires new thinking, new ideas and new energy.

Without being allowed to grow and flourish in this world culture, the human race is signing its own death warrant. It will be a slow and painful process. But it doesn’t have to be that way.

We have the ability and the technology and the knowledge to turn this all around. All that’s needed is the collective will. 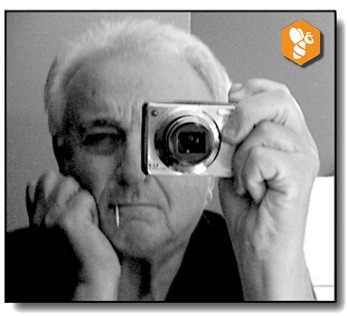 Jim Murray is an experienced advertising and marketing professional and amateur photographer. He has run his own strategic and creative consulting business since 1989 after a 20 year career in Toronto as a senior creative person in major Canadian & international advertising agencies. He is a communication strategist, writer, art director, broadcast producer, prolific marketing & op/ed blogger & beBee Brand Ambassador.

“People can be conditioned to do a lot of things. And one of the things that they are most often being conditioned to do is to accept, without question, almost everything that comes to them through the media, social or conventional.” This rings true now more than ever, with crapchutes like FB channel all that said BS while silencing any dissenting voices. Cheers for the insightful article.

#1
Jerry Fletcher. It's not just America, Jerry. It's all over the place. Even up here, where the toxicity is on the rise. My sister calls it the last dying gasp of the rich old white men.

Jim, "Collective will." Hard to come by when things are so paranoid. nearly impossible even on the democratic side of the aisle where the cause de jour doesn't exist but rather a cause for this candidate and one for that candidate until you can't get them all in one field let alone in the same tent. Never the less, I believe you may be right. I sense a roiling boil starting to happen in the American Public growing tired of the disdain Agent Orange has brought us. One group I can see being a catalyst is those who have served their country. And so it goes. 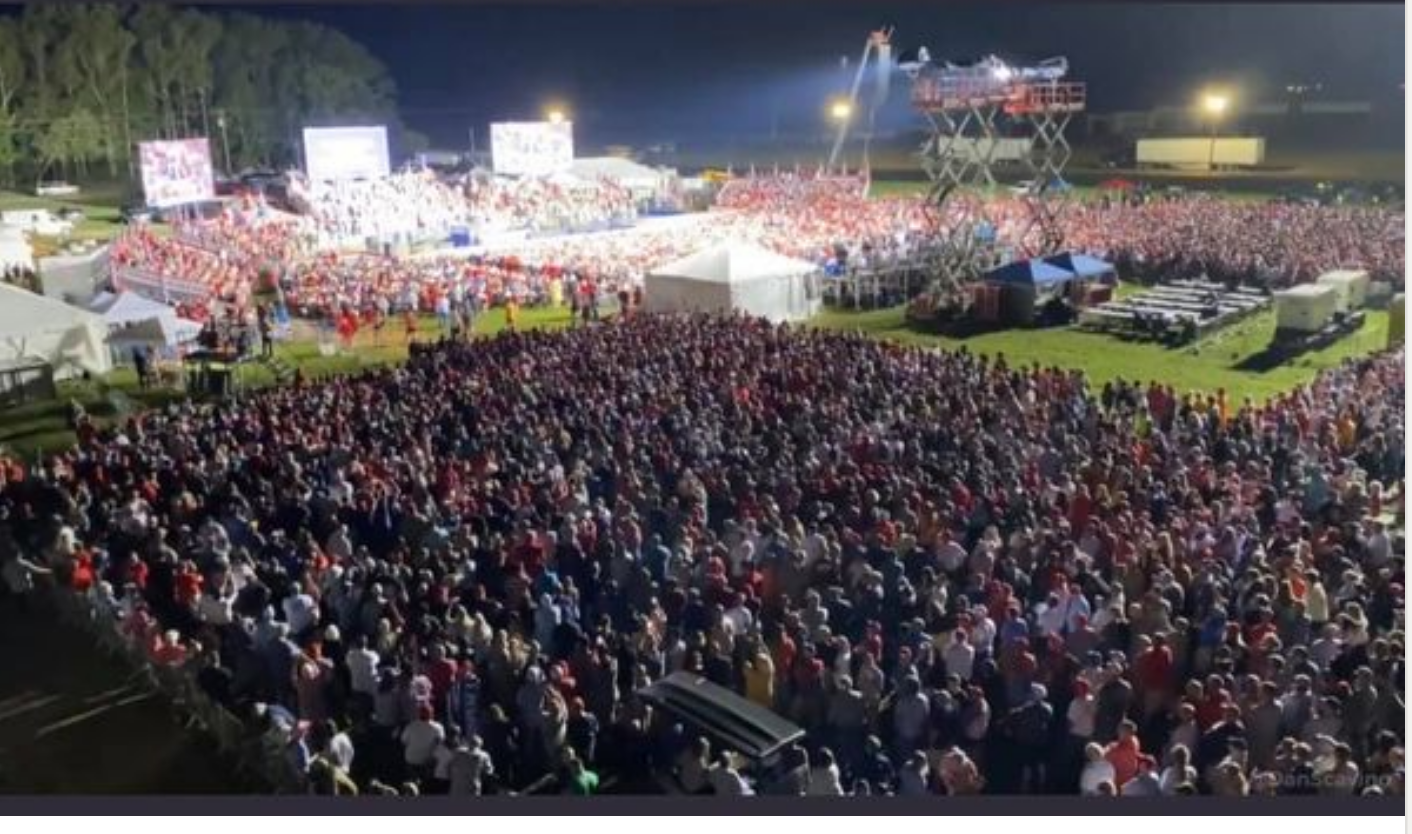 The Cult Of Ignorance: The Biggest Cult Of Them All

A lot of us have been on social media for quite so ...