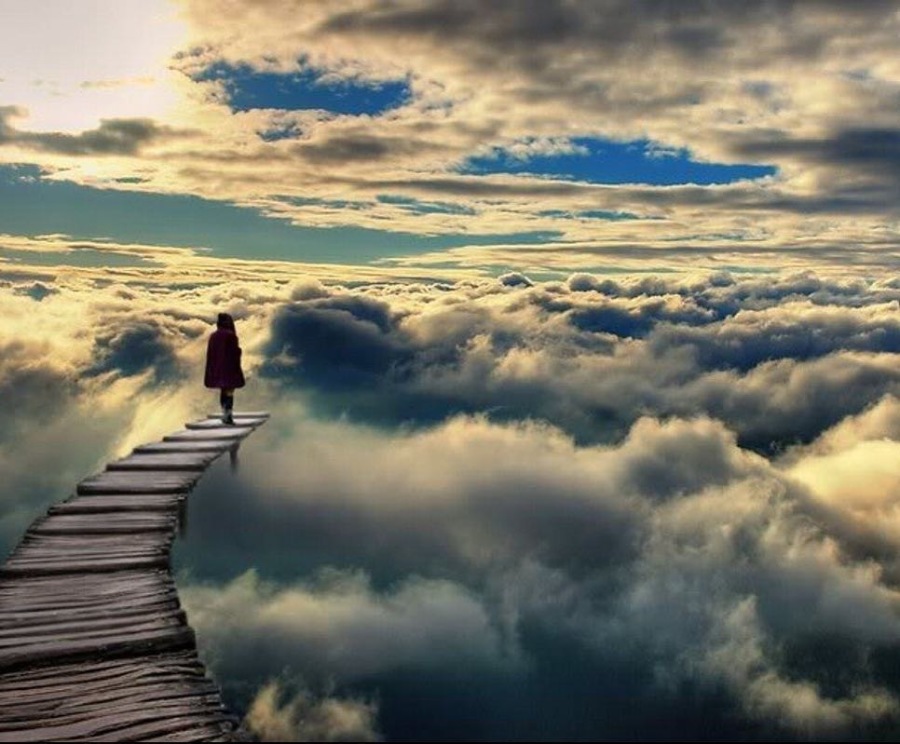 We’re adrift as a society, seeking leadership for the way ahead.

We strive for meaning in our nano-second lifetimes on Planet Earth.

And we hope for some measure of contribution to our community, and society at large, during that nano-second burst.

Life is too short; indeed, it’s brutally short for some.

What better way to start 2021 with a look at three incredible leaders, two American and one Canadian. I’ll share my encounters with them, and talk about the indelible marks they’ve made on making our world a better place.

It would turn out to be a beautiful September week in Chicago. I was in the Windy City in mid-September 2000 for a conference on the relationship between knowledge management and organizational learning, two seemingly related but still disparate areas. It turned out to be one of the best work conferences I ever attended during my professional career, with an eclectic roster of speakers and workshops. But the name that drew me to the big event was MIT Sloan School of Management senior lecturer Peter Senge, author of the widely acclaimed The Fifth Discipline: The Art & Practice of The Learning Organization.

I’ve been a student of leadership for three decades and a big proponent of Senge’s book since its publication in 1990, using it in my project-based work on organizational learning and leadership development, and during my Masters degree in the same field at Royal Roads University in the late nineties. 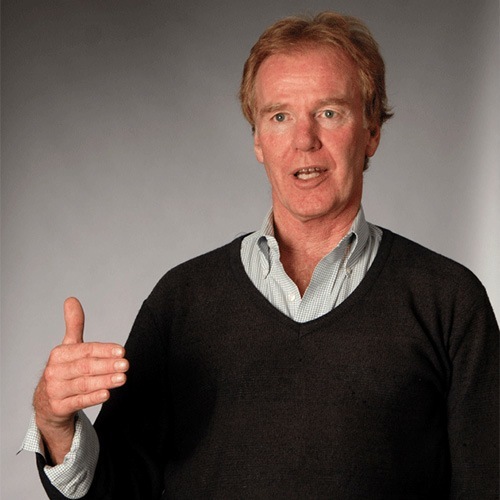 Author of what’s seen as the 20th Century’s seminal book on management and leadership, Peter Senge is a riveting speaker yet a humble man. I had the spontaneous experience of meeting Peter (yes, I have his permission to use his first name), owing to a chance encounter, thanks to the Chicago Marriott Hotel. The evening before he was to speak on day two of the conference as the keynote, I received a phone call in my hotel room. It was Peter Senge who had been inadvertently routed to my room.

Peter apologized profusely after he realized that he had the wrong room, thinking he had one of the conference organizers. A few minutes later he called back, asking if I would brief him on the day’s proceedings so he could incorporate his next morning’s presentation into the appropriate context. In addition, the airline had lost his luggage, along with his speaking notes. We chatted for a while, and at the end of our conversation he thanked me again.

Peter’s presentation the next morning was nothing short of astonishing. No notes. He walked among us speaking in a relaxed yet passionate manner. It was an amazing experience to be in the presence of someone so humble, so willing to concede that he was still trying to figure it out when it comes to learning in organizations. Yet he was so insightful. His subsequent workshop was excellent, and it was at the end of that session where I shyly introduced myself.

At that moment, some of the conference organizers were trying to pull Peter away from the throng of fans. I had held back and simply said: “Hi Peter, I’m Jim Taggart.” Peter stopped in his tracks, came over to shake my hand, and turned to the organizers saying, “This fellow saved your necks.” We then talked briefly, with one of the points I raised was how much I liked his concept of nested teams (an earlier idea he had raised years previously on the inter-relationship among teams, and not just within teams as is conventionally espoused). The humorous part of this is that he’d forgotten introducing that concept.

Peter Senge’s work on the concept and practice of the Learning Organization is not just as relevant as when he introduced it in The Fifth Discipline almost 30 years ago; it’s even more relevant in today’s economic and organizational turbulence. 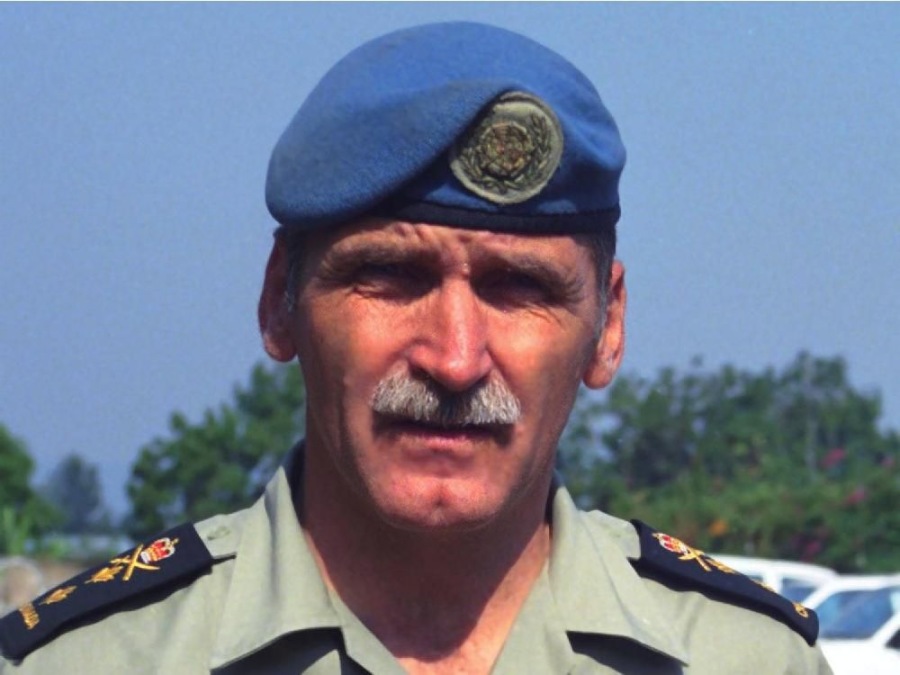 It’s every commander’s nightmare: to be in the middle of combat or thrust into the middle of keeping the peace among warring factions, only to discover that top decision-makers don’t have your back.

Lt.-Gen. Roméo Dallaire was commanding UN peace keeping troops in Rwanda, frantically trying to get the attention of his commanders and United Nations bureaucrats in New York City. A genocidal massacre was imminent, and the general had nowhere near the troop strength to prevent it.

What has proved to be the world’s shame, the 1994 genocide of Tutsis by Hutus is a portrayal of abject leadership from the United Nations, the United States, and Western governments in general. Lt.-Gen. Dallaire was asked at the end of 1993 to lead a peace-keeping mission to the tiny, yet populous, African country, with the aim of negotiating an end to the civil war between the government and the rebel Rwandan Patriotic Front (RPF). The request for the peace-keepers was initiated by the president of Uganda to prevent the flow of weapons into Rwanda and the RPF’s hands.

Lt.-Gen. Dallaire assumed command of two missions, one being the UN Observer Mission in Uganda and Rwanda and the UN Assistance Mission for Rwanda. It was indeed a very small mission, in which the general was supported by only one Canadian officer, Major Brent Beardsley and 81 unarmed military observers. When the General asked for 5,000 UN troops he was given only 2,600, later decreased to 500.

As the violence escalated in the midst of Lt.-Gen. Dallaire’s pleas to UN headquarters, it took only 100 days between April and May 1994, for some 800,000 men, women and children to be brutally murdered. Being hacked to death by machete was a favoured method, with the victims being Tutsis and moderate Hutus.

This sad episode in modern human history had profound effects on Lt.-Gen. Dallaire. Born in the Netherlands in 1946, but growing up in Montreal’s east end, he was tough as nails, smart and articulate. However, the horrors of what he witnessed and his inability to stop the genocide later manifested itself as extreme PTSD. His book Shake Hands with the Devil: The Failure of Humanity in Rwanda is a riveting and painful read on the atrocities perpetrated in Rwanda. 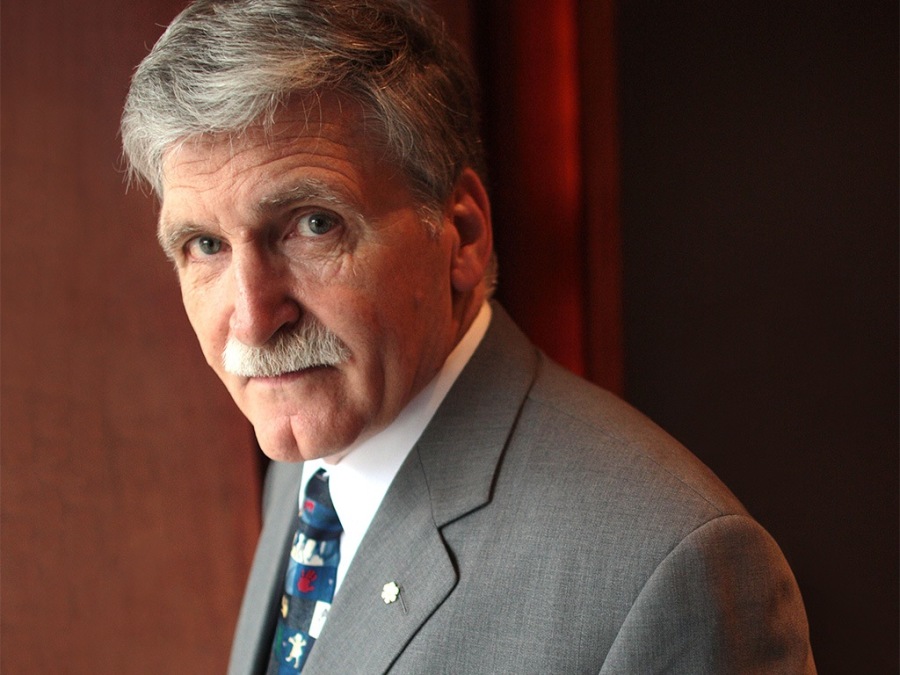 The general struggled with PTSD for years, sometimes in the public light as his fight with the condition found its way into the media. He began to speak up for veterans and became a spokesperson for PTSD. He was awarded the Order of Canada in 2002 and appointed to Canada’s Senate in 2005 where he served with distinction. In June 2014, he retired from the Senate so that he could focus his efforts on international humanitarian work and crimes against humanity, including working with the UN on the prevention of genocide.

I had the privilege of seeing Lt.-Gen. Dallaire speak at a leadership conference in 2001 in British Columbia. I’ve seen many big-name speakers; however, the general has been the most powerful and articulate speaker. With no notes and a slide show supporting his talk, he took the audience of 1,000 managers through an emotional journey of leadership and his experiences in Rwanda. The tears flowed among many of the attendees.

He told several stories, including the one of the young Canadian corporal who, with his small platoon, came across a field of badly injured and murdered people. Without calling in to his superiors for approval, the corporal led his men into a high-risk situation to assist the men, women and children. To Lt.-Gen. Dallaire, the young corporal exemplified strong leadership by self-initiating and doing the right thing without seeking approval.

Lt.-Gen. Roméo Dallaire has given so much to Canada and the world during his career as a soldier, a Senator and now global civilian leader for the betterment of people around the world, all the while fighting with the demon of PTSD. To get a sense of his commitment to eradicating the slaughter of civilians and the use of child soldiers take a moment to watch this powerful, short  video of the General talking on How Can Humanity Abandon Humanity?

Dr. Stephen R. Covey–Distinguishing the Important from the Urgent 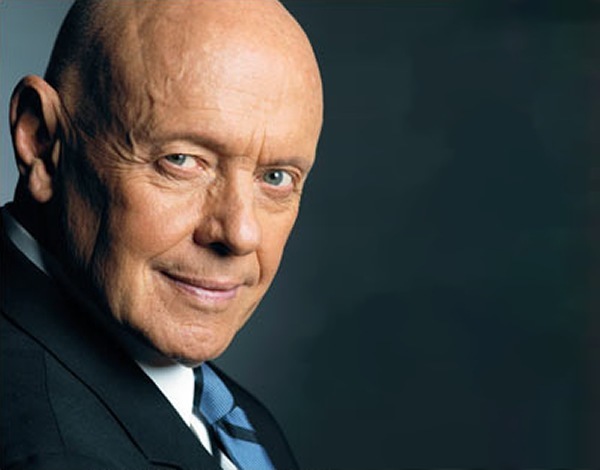 He was out for a bike ride. Nothing more than that.

A human being known worldwide for his decades of commitment to spreading the message of personal learning and self-improvement met his end that fateful day. Stephen Covey died in July 2012 at age 79 from complications of a cycling accident in April in Provo, Utah.

While the author of several books, his best-known was The 7 Habits of Highly Effective People, selling more than 20 million copies in 38 languages. What was especially noteworthy of his many articles and numerous books, one of my favourites being Principle Centered Leadership, was their timelessness. Compared to most writers in the leadership-management-business space, whose books have limited shelf lives, Covey’s writings will be relevant for years to come.

Covey’s influence was pervasive, from lay people to human resources consultants to academics to practical business people–and around the world. Of course it helped immensely that he was hugely charismatic: confident, articulate and friendly. However, his core messages, while ostensibly common-sense–and to some superficial–held much deeper meaning. He was a practicing Mormon who, while not preaching religion, clearly held his faith’s values close to his chest.

Underlying his public speaking and writing was one common theme: personal leadership. That’s where it starts and ends. Everything else in the middle is the process you’re engaged in to discover who you are, what motivates you and how you’re going to achieve your best.

My encounter, perhaps experience is a better word, was in the late nineties when I saw him speak at the Royal York Hotel in Toronto. It was in a huge ballroom, packed full with some 1,000 people from all disciplines: big shot business people, HR consultants, leadership consultants, public servants, and entrepreneurs.

With the exception of Lt.-Gen. Roméo Dallaire, Stephen Covey is the most commanding speaker I’ve seen in action. It wasn’t just how his presence filled the room combined with his strong but somewhat raspy voice, but his ability to walk out into the audience and spontaneously engage in role-playing with audience members was striking to watch.

Skeptics would call his presentation showmanship. Perhaps. However, Covey had a solid foundation from which to draw his content and comments during his seminars and keynote speaking.

If you’re not familiar with his work, take some time to check it out. Stephen Covey’s ability to cut through the chatter and articulate clear, concise and meaningful messages for personal growth was unique. He is, and will continue to be, missed in a chaotic world of unpredictable change.

Dr. Peter Senge , Lt.-Gen. Roméo Dallaire, and Dr. Stephen Covey have given much to the world and in very different contexts. Dr. Covey is in another life now. But his teachings will go on for years; I’m confident of that. Peter Senge’s work on organizational learning has yet to be surpassed. His book The Fifth Discipline remains the undisputed champ of leadership-management books. And Lt.-Gen. Dallaire has recently embarked on a project in which to make the world a better place. The General is a force with which to be reckoned.

Now is the time to take up the cause of the advancement of human rights for all and the moment is yours to grasp. – Lt.-Gen. Roméo Dallaire

Truly three inspirational men. I intend to read up on them. Thank you for drawing my attention to them. Am Sharing Keep safe.