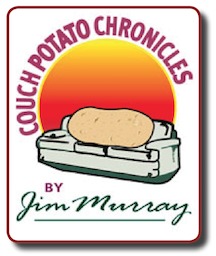 As you can see, if you are following my blathering, the number of Couch Potato Chronicles posts are currently outnumbering the Lava Flow posts these days.

This is because I am still figuring out what I want that blog to be about. I’m also deliberately avoiding writing longer format posts about the abysmal state of the political world, mainly because I think most people are worn out from it and don’t give a shit anymore. I know I am pretty much getting there myself.

A lot of my 3-D friends have been encouraging me to write more about the things I know and understand. And that makes a lot of sense.

But regardless what it turns out to be, I know this much. It will have to be useful and insightful and something that people would look forward to reading every week or so.

On the spinal injury front, my peeps got me up on a walker today. I have to admit I was terrified, but I am all about the try and so I did what I could do. It wasn’t graceful, but pretty decent for a first series of tries. And now, of course, I am no longer terrified at the prospect. Live and learn. 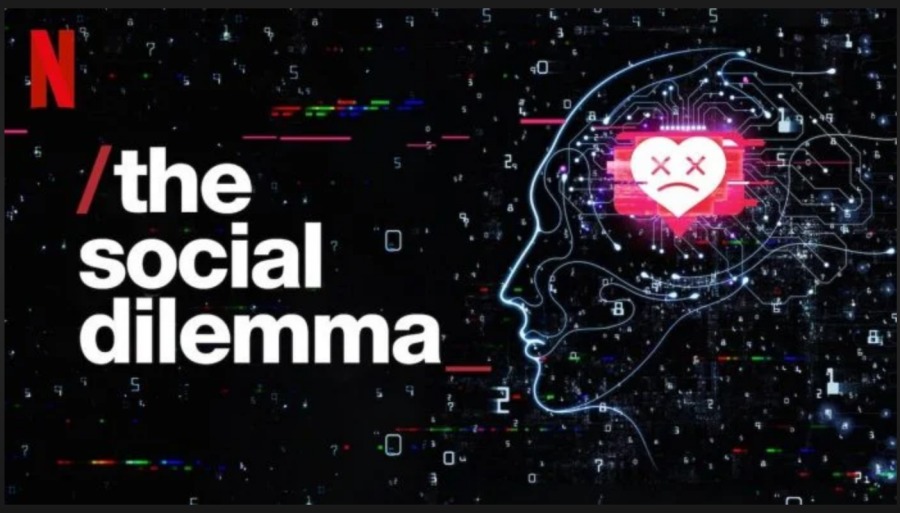 My FB friend, and Heather’s boss from way back in the day, Al Mair, recommended this film to me. And frankly, watching it raised more questions in my mind than it answered.

On the surface it appears to be a bit of a hybrid documentary/dramatization about the dangers that Internet manipulation is wreaking on millions of us unsuspecting dweebs out there in the ether.

It features ‘expert’ interviews and opinions, some cryptic, others more concrete about how all the big social media sites are all out there watching and monitoring every move we make on line and then using that information to monetize themselves.

They do this, if course, by gathering this information, packaging it up in customizable programs of persuasion and selling our profiles and vulnerabilities to all the big bad corporations who want to use that information to, of all things, sell us shit.

Yep, they want to identify us and advertise to us in a way that we will find persuasive at the times when we are most susceptible to that persuasion.

Now I don’t meant to sounds cynical here, but this is exactly what I have spent the last 50 years of my pathetic existence doing for these same companies. Only difference is that the stuff they are doing now is nowhere near as creative as it was when me and all my crazy ad buddies were doing it for offline media.

Now, obviously my takeaway from a film like this will be a bit different from someone who did not spend 50 years doing advertising. But the conclusion is just the same. Mehhh.

The people being interviewed are all ex-poobahs from the major search engines and social media companies, so I guess they must know what they are talking about. But to me, it all sounds like they were all just trying out slightly different shades of lipstick on a pig.

Several of them appear to be involved in some crusade against all of this world wide cultural engineering activity. But I would argue that that ship has already sailed, because we now have a whole generation or two of people who have grown up glued to their smartphones and full to bursting with all that manipulative Kool-Aid.

Now older guys like me have a lot less to fear from this phenomenon than the young’uns do I guess. But the simple fact is that life goes on. Technology will always be a light year or two ahead of the average idiot’s brain, and the invasivness and power of all this shit is already deeply ingrained in most of the societies where high levels of internet access exist.

So what do you do? Make a sign and picket Facebook? Yeah that would work. Zuckerberg already faced down a US senate committee and guess what happened. Nothing a damn thing. Why? Because it’s a done deal.

PS: As much as the warnings are dire, I will not be quitting Facebook anytime soon. Anything new they find out about me, will be a surprise to us both.

There is so much stuff available on Netflix these days from all over the world that it seems a shame to just stick to the North American stuff, so I tend to roam the globe a bit.

Sliver Spoon comes from Russia, and is a series about a spoiled 20 something rich kid whose oligarch dad wants to teach him a big time life lesson, so he uses his influence to get the kid, Igor, placed in a small homicide squad.

This, of course makes young Igor a real fish out of water. The cops who are forced to work with him are pissed off having what they consider to be an entitled asshole working with them,

I won’t tell you any more than that, because I found this series to be way more entertaining than I thought it would be. It’s also very cleverly scripted to make everything seem kind of plausible but then again what the hell do I know about how police forces work in Russia.

The lead actor in this series looks like a cross between Emilio Estivez and a young Val Kilmer, and makes his character work very well because though he may be a bit of a brat, he’s not stupid or insensitive to all the resentment surrounding him.

The subtitles are well enough translated to keep you following the story line easily. The actors are all interesting in their own ways. And the core storyline and one of the key secondary storylines are kinda compelling.

A lot of the Russian stuff I have seen on the streamers tends to be either bad comedy or dark morose drama. But Silver Spoon is neither, and that’s why I liked it so much.

MOVIETIME Child 44 (On Prime, in English)

This is a movie based on a book that tells the story of a Russian soldier then police officer who ends up hunting a serial killer in some bleak Russian city in the days following the end of World War II.

This is an English language film that stars Tom Hardy and Gary Oldman (who of course is barely recognizable), doing their best Russian guy accents.

Maybe it was because I was watching late at night and was a little on the groggy side, but I really could not make head nor tail out of this film.

But I kept watching to see if some blinding flash of insight would come over me and I would figure it all out. But alas, there was niet. (nothing).

So as much as I like and admire Mr Hardy and Mr Oldman, I can’t honestly say I got anything for the time I put in watching, other than maybe a little self doubt, because I had so much trouble trying to figure this one out.

This movie is based on a best selling novel of the same name. Maybe it makes more sense, but, sadly I will not bother to find out.-

Jim Murray is a writer, a reader, a sports fan and a TV watcher who has been writing about the sports & entertainment worlds since1998, when he created his first blog, The Couch Potato Chronicles, which he publishes regularly along with his broader interest blog, Skinny Dipping In The Lava Flow, both of which are available onbeBee.com

Jim is also a former ad agency writer and art director and has run his own creative consultancy, Onwords & Upwords, from 1989 until just recently when he closed it and opened a freelance enterprise called Murmarketing. 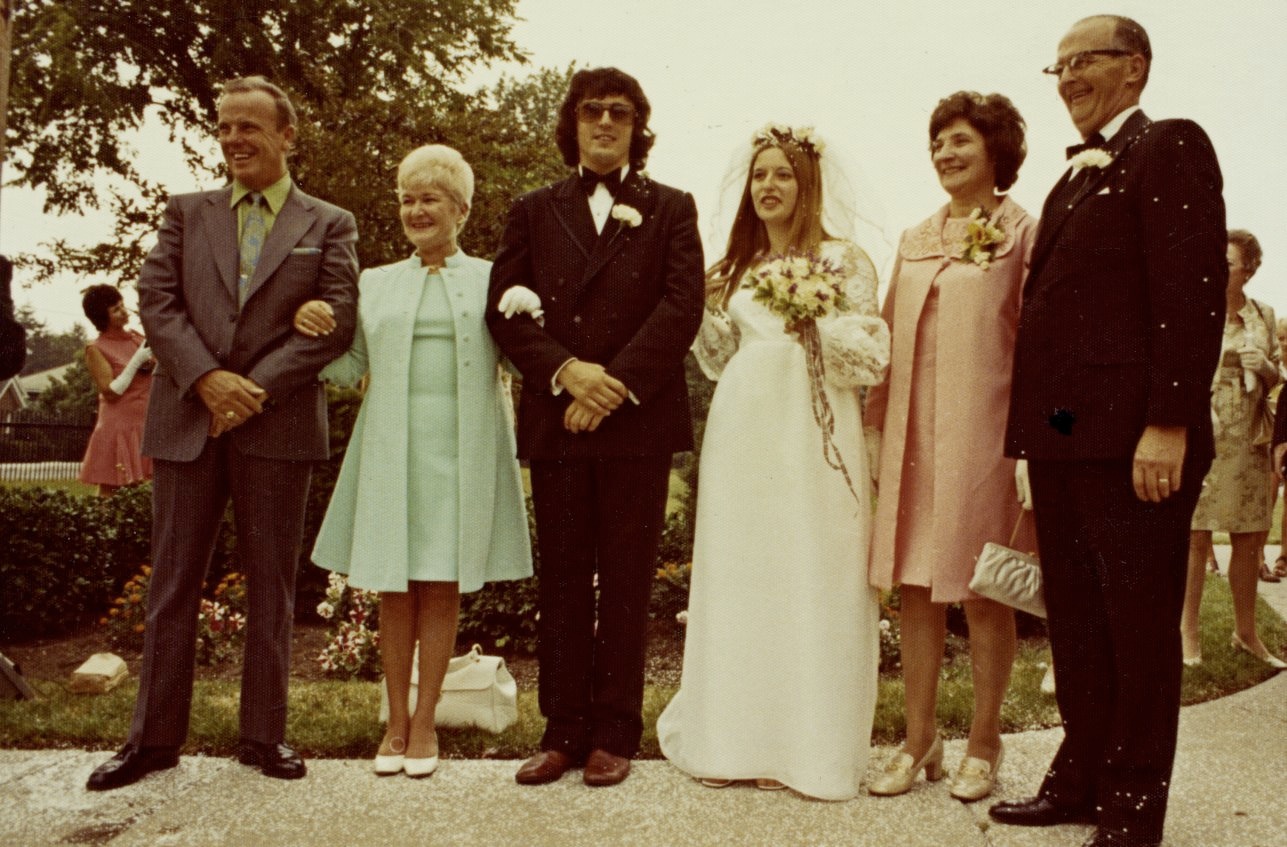