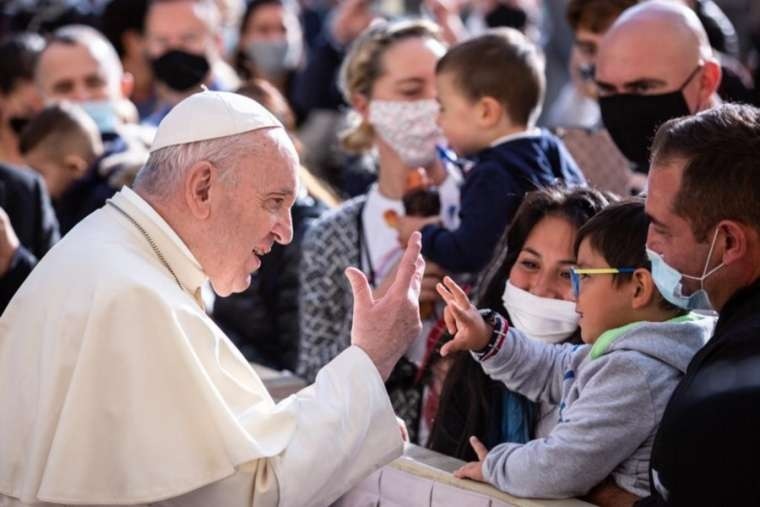 The world has been fascinated with Pope Francis since he assumed the top leadership position with the Catholic Church on March 13, 2013. It goes without saying that the top job at the Vatican is demanding, from showing steady leadership to the 1.2 billion Catholics worldwide to managing the competing interests from the power brokers in the Vatican (and the organization’s strong resistance to progressive change) to influencing national political leaders who display repressive powers on their citizens.

Pope Francis is without question a change agent.

In his concise book 12 Leadership Lessons from Pope Francis, Jeffrey Krames’ draws from the pontiff’s indefatigable work over many decades to serve the poor and to try to make the world a better place.

In addition to tracing Pope Francis’ life, Krames explores his more recent efforts to change the Catholic Church’s oppressive culture and the power structure of the Vatican. The 12 leadership lessons that emerge from Krames’ work are aimed at business leaders. However, the lessons are just as useful to those in leadership positions in the public and non-profit sectors, as well as aspiring leaders.

Born Jorge Mario Bergoglio on December 17, 1936, in Buenos Aires, the future Pope initially considered becoming a medical doctor. After having a lung removed when a teenager, due to a serious infection, he worked at a variety of jobs, from nightclub bouncer to janitor to chemical technician. Later on, once he had chosen to become a priest (ordained in 1969), Bergoglio focused his work on helping the poorest of the poor in the slums of Buenos Aires (he was appointed a cardinal in 2001). With the assistance of his priests, drug addiction programs were created, along with a rehab centre and two farms to help addicts heal.

On being elected by his peers as Pope on March 13, 2013, he chose Francis as his papal name in honour of Saint Francis of Assisi, one of the most revered religious figures in history who devoted his life to serving the poor. In an incredibly short span of time, Pope Francis has created a huge worldwide following of Catholics and non-Catholics, such as with his 3.8 million Twitter followers. Named TIME’s 2013 Person of the Year, Pope Francis stated at the 2014 World Economic Forum in Davos, Switzerland:

“I ask you to ensure humanity is served by wealth, and not ruled by it.” 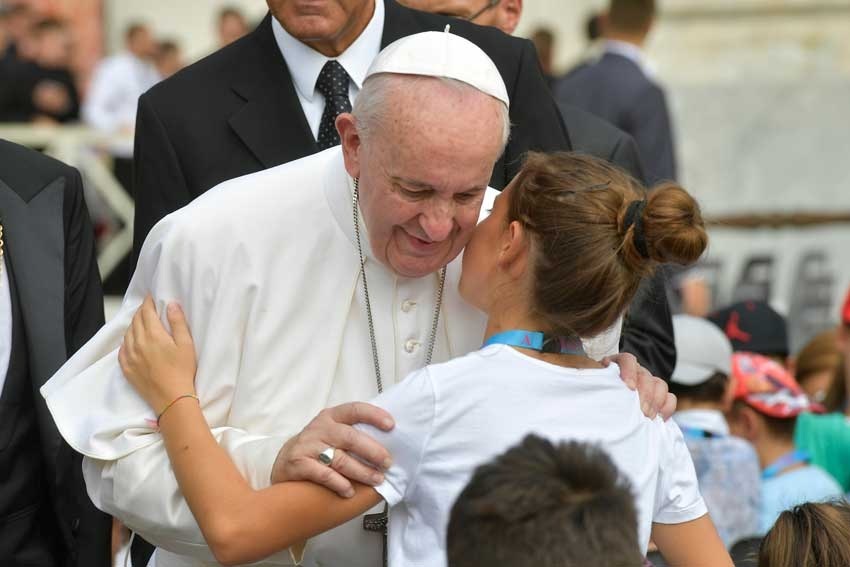 In brief, here are Jeffrey Krames’ 12 leadership lessons from Pope Francis, with some of the key points under each lesson.

1. Lead with Humility
• Authentic humility is a vital, self-empowering characteristic to advancing one’s leadership journey. Or another way to put it is: it’s not about you, the mistake that many in top leadership positions make.

2. Smell Like Your Flock
• Share the power. Be visible to your staff, your followers. Engage them by being present.

3. Who am I to Judge?
• Leave the door open to biases you may possess against certain groups of people, such as those who are gay. Learn to trust your people. Involve them in two-way conversation.

4. Don’t Change–Reinvent
• As the Pope told cardinals: “…Catholicism needs to be a far more accepting body that should take a ‘pastoral’ approach that is ‘intelligent, courageous and full of love,’ instead of being fixated on some kind of abstract or dated ideology.”

5. Make Inclusivity a Top Priority
• Pope Francis’ focus on inclusion over many decades underlies his immense popularity around the world. He has led and reformed, while at the same time navigating his way through, one of the world’s most insular institutions.

6. Avoid Insularity
• One example of a huge U.S. company that became very insular was General Electric, developing a bloated bureaucracy composed of disconnected business units, which was finally put to rest by retired CEO Jack Welch. Pope Francis created a council of eight cardinals from around the world to provide eclectic voices and insights, with the aim to reduce insular thinking in the Vatican.

7. Choose Pragmatism and Ideology
• Perhaps the most counterintuitive of the 12 leadership lessons, this lesson underlies Pope Francis’ focus on inclusiveness, namely helping one person at a time. The Pope’s pragmatism may be stated as . “…[He] sees things exactly as they are and not how he wishes them to be.”

8. The Optics of Decision-Making
• When creating to-do lists, ensure that decisions relating to people are put at the top. Don’t rush key decisions. And make sure that your decisions advance your strategy.

9. Run Your Organization Like a Field Hospital
• Pope Francis has compared the Catholic Church to a MASH unit (mobile army surgical hospital), except that he seeks to attend to wounded souls and to heal the hearts of the faithful. The ever pragmatist, he recognizes that those most in need of the Church’s assistance are the spiritually wounded. And while he is a pragmatist, he is also driven by a sense of urgency to achieve results.

10. Live on the Frontier
• This is characterized by an open minded attitude, supported by courage. It means that the clergy must immerse themselves in their respective communities to serve everyone. As Pope Francis has said on studying such issues as drug problems in slums, “…one cannot speak of poverty if one does not experience poverty, with a direct connection to the places in which there is poverty.” And of particular importance, it’s essential that one subordinate one’s personal goals and desires.

11. Confront Adversity Head-On
• Pope Francis’ life journey took him through the school of hard knocks, which underscores how he became a world leader. And while he has fought many battles on different fronts, the toughest to date is the ongoing high profile issue dealing with sex abuses of children perpetrated by priests. He states: “…you must never look away. You cannot be in a position of power and use it to destroy the life of another person.”

12. Pay Attention to Non-Customers
• Drawing a parallel with Peter Drucker, one of the 20th Century’s pre-eminent management thinkers, Krames points to the need on how to detect real change. While it’s vital to seek out new customers (congregational members) it’s just as important to attend to existing customers and members of the Church. And as technology increases its pace, social media is becoming a key tool in reaching out to the curious, to those asking questions and to those seeking forgiveness.

While these 12 leadership lessons are not definitive in scope, they do serve as a solid foundation for aspiring and existing leaders, regardless of field of work, to improve how they interact with and lead others. Of important note is that the concept of Servant Leadership, as articulated by Robert K. Greenleaf, permeates this book. However, it’s unfortunate that Krames didn’t incorporate Greenleaf’s well respected work into his book.

One surprising absence in the book is a summary chapter. In a few pages, Krames could have weaved together his 12 lessons, reinforced the notion of Pope Francis’ huge change effort with the Catholic Church’s power structure, and made a call to the action for the reader.

Nevertheless, 12 Leadership Lessons from Pope Francis is very good, minimalist in size and length but powerful in the messages conveyed, and one that should be read by a wide audience. Of significance is that Pope Francis is tackling a monumental institutional change effort, especially when considering the huge forces he’s up against, notably those in senior positions within the Catholic Church who seek to maintain their power roles and who are resisting such jolting changes as accepting women as priests, allowing priests to marry, homosexuality, same sex marriage, and reproductive rights for women.

Every man, every woman who has to take up the service of government, must ask themselves two questions: ‘Do I love my people in order to serve them better? Am I humble and do I listen to everybody, to diverse opinions in order to choose the best path?’ If you don’t ask those questions, your governance will not be good.
– Pope Francis