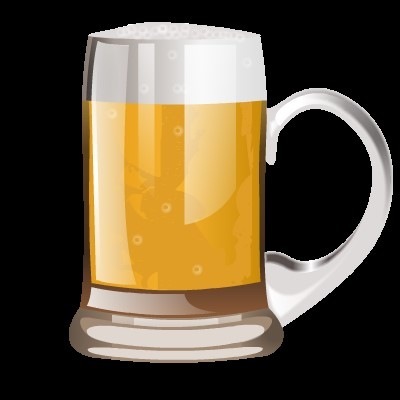 Sometimes, after playing golf, I reflect on all the beer I drink, I feel ashamed. Then I look into the glass and think about the workers in the brewery and all of their hopes and dreams. If I didn't drink this beer, they might be out of work and their dreams would be shattered. I think, "It is better to drink this beer and let their dreams come true than be selfish and worry about my liver." Babe Ruth

"I feel sorry for people who don't drink. When they wake up in the morning, that's as good as they're going to feel all day." Winston Churchill

"When I read about the evils of drinking after golfing I gave up reading."

"Beer is proof that God loves us and wants us to be happy." Benjamin Franklin

"Without question, the greatest invention in the history of mankind is beer.

Oh, I grant you that the wheel was also a fine invention, but the wheel does not go nearly as well with pizza." Dave Barry

Remember "I" before "E," except in Budweiser. Professor Irwin Corey

To some it's a six-pack, to me it's a Support Group. Salvation in a can! Leo Durocher

One night at Cheers, Cliff Clavin said to his buddy, Norm Peterson:

"Well, ya see, Norm, it's like this. A herd of buffalo can only move as fast as the slowest buffalo. And when the herd is hunted, it is the slowest and weakest ones at the back that are killed first. This natural selection is good for the herd as a whole, because the general speed and health of the whole group keeps improving by the regular killing of the weakest members!

In much the same way, the human brain can only operate as fast as the slowest brain cells. Excessive intake of alcohol, as we know, kills brain cells. But naturally, it attacks the slowest and weakest brain cells first. In this way, regular consumption of beer eliminates the weaker brain cells, making the brain a faster and more efficient machine! That's why you always feel smarter after a few beers.

Reality is an illusion caused by alcohol deprivation. I drink to forget, but never forget to drink. Self-isolation means not having to buy a round of drinks. I like the idea of alcohol improving your brain power, it explains why I do well in Pub Quizes.

What about pizza? Think about it, those two words have nothing in common, not a single letter. Maybe that's why they complement each other so well. However, if I had to choose between them, I'd go for a pizza, esp. a home-made one :-)

I prefer wine to beer myself, Royce, preferably a good red. That’s why I taught my dog to bring me a glass every afternoon, as soon as the sun goes down below the yard arm. You see he’s a Bordeaux collie. 🤣😂🤣