The opening page of Betty Godfrey’s Enduring Times points out that the narrative is fiction based on a true story. Straightaway, one wonders, after reading the story,  if it is about the author’s parents? There is no specific plot to the tale. Instead, it is a sequence of agonizing experiences recounted by the predominant figure, Jennifer Rennie, who is married to Bill, a fanatical religious extremist.

The yarn begins in Pittsburgh’s early 1900s, where we meet Jennifer, her husband Bill, and her children. Bill works for Jennifer’s father’s bank. Although Jennifer’s mother opposed her marrying Bill, the household looks to be cheerful and content.

Jennifer notices that her son Andrew is boiling up with a high fever one morning and urgently calls their family doctor.

Dr. Forman quickly arrives, examines Andrew, and leaves some medicine with Jennifer to administer to her son every four hours. Bill watches over Andrew during the night. In the early morning, he falls asleep in a rocking chair. After two hours, he suddenly awakens and notices that Andrew is not breathing. The family doctor rushes over, and sadly the ghastly news sinks in that Andrew has passed away.

Bill blames himself for the death of his son and spirals into alcoholic addiction. After missing from his home for several weeks, Bill is discovered half-dead in an alley by a faith-healing church’s pastor.

He tells Jennifer he is no longer a Catholic and is now part of the Savior’s Church, whose members are faith healers. Their primary teaching is that God will take care of us. As part of the congregation’s teachings, parishioners are ordered not to call in medical doctors when they are ill or injured. Bill insists that Jennifer and the children join his church and reject traditional Catholicism. He becomes abusive when she resists but she ultimately agrees.

Bill leaves the bank and devotes his time to the church without receiving much in the way of a salary. His family’s welfare is of scant regard to him as he steadfastly trusts that God will consistently be there to care for them.

After a few years in the Savior’s Church, Bill is offered a position as a missionary in Cartagena, Columbia, where he will encounter the Kogi Indians residing in the jungle. The family travels to Cartagena and settle there for three years. Life is not exactly a “bowl of cherries,” nonetheless, they adapt nicely to the primitive environment and gain from their adventures.

While in Cartagena, Jennifer becomes pregnant. Upon discovering her pregnancy, the tribal chief tells Jennifer and Bill, “When your baby is born, I give you great honor. I will make your child my own.” They are dumbfounded and decide to return to the United States.

They wind up in Philadelphia at the height of the depression in 1929, where conditions are disastrous. With insufficient money coming in, the family struggles to survive. Not merely must Jennifer have to grapple with starvation and hardship but also with a volatile husband.

Godfrey creates an evocative portrayal of harrowing experiences that no doubt will emotionally attach readers to the principal figure, Jennifer. She ushers readers through time and space in situations where women faced heavy restrictions in day-to-day life, dependency on their spouses and the shame of divorce.

Reading the story is analogous to having a protracted exchange with an aged relative who reveals her way of life in the 1920s. We learn about the abuse, both physical and mental, she and her children faced at the hands of her abusive husband. Disturbing is images of a husband who is addicted to religion in such a form that he experiences mood-shifting behavior that has negative repercussions. Yet, he pursues in his ways.

Suffice it to say that Enduring Times brings up many queries to chew over, one of which is if there is such a malady as being hooked to religion where the sinister side of human conduct can trickle through the cracks of a delicate marriage?

Despite some weaknesses such as its absence of content editing and not sufficient showing, the novel is a captivating read. Godfrey is a great story-teller who knows how to maintain your interest. 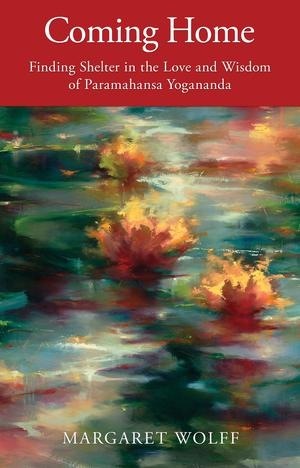