On Arrogance, Pride & The Economy 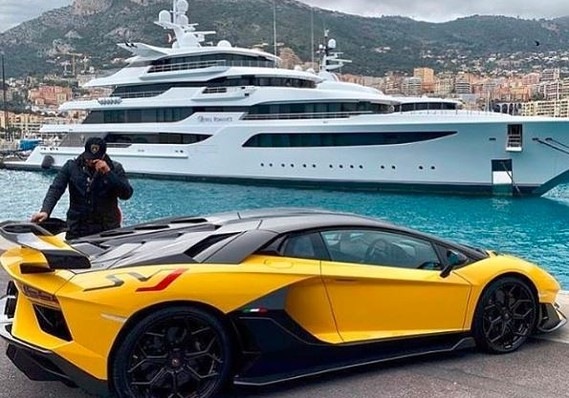 One of the things that has always astounded me as I have traveled through life is the attitude that some people have towards money.

To me, money has never been the driver in my life. It was always my work. Sure I got paid for it. Sometimes I got paid a lot. Sometimes I did it for love or as a favour or to help me get somewhere with some people I was working with.

But it was always about the work. The money was simply a bi-product that my wife took care of. She would tell me when we had enough and when we needed more. But that was about it. She gave me an allowance that I usually spent lunches when I was working downtown, or after I went on my own, lunches that I would have with associates or clients.

I guess I could have cared a little more about money. But a lot of creative people, like me, just don’t. It’s too concrete and we like things to be more abstract.

On the other side of the coin there are people who will do whatever it takes to build wealth. And there are probably a lot of reasons for that. They might be driven to do it by some force that powers them. They might be wanting to build capital reserves to start another businesses. Or they might just be creating wealth so they have it.

There are examples for all three in society. But the one that bothers me most in the last one. The people who basically feel that they have to show the world how successful they are by the toys their money can buy.

These are the people who will squeeze every single ounce of profit from their businesses at the expense of paying their employees a living wage just so they can got one some list of the wealthiest people wherever. They will screw their suppliers over to keep more money for themselves. They will cheat on their taxes and stash money in offshore accounts. In short they will do anything they can think of to keep their money to themselves.

The current crisis situation in the world is, in good part, a result of this hoarding of money. And why you hardly ever hear from the wealthiest people, other than those who want to spread a bit of their wealth around to create businesses, do charitable things and basically help out those farther down the food chain have food.

And the saddest part of it all is that these people who hoard their wealth instead of using it productively, are generally driven by nothing more superficial than the need to be perceived as wealthy and powerful.

They do not have it in their psychological makeup to be empathetic to those who are not wealthy and struggling to make ends meet, because they have either never experienced it, or if they have, are working very hard to forget it.

It’s a form of arrogance that has created vast inequities in today’s world. The businesses these people control are engine that keeps the world moving, but more and more these days, it feels like it is grinding harder and harder because of this very inequity.

The current administration in the US, which is responsible for the one of the world’s largest consumer economies, has a chance to put a real dent in this inequity by creating a minimum wage law that lifts people out of poverty and by increasing taxes on the wealthy to use for programs that will employ more people in good paying jobs and generally stimulate business development.

They are treading lightly because they know what they are up against. A market based economy that will surely take a hit when and if this all comes to pass. And more importantly, the arrogance & pride of those who will be being forced to contribute their fair share to help their country stay afloat.

Nobody’s really sure if this can be achieved. But if it is, it will most certainly set an example that other economies can follow.

We need to live in much more of a state of balance. We need everyone in society contributing whatever they can to help make things better for everyone.

But when you have a considerable number of super-weathy people in the world who are incapable of or unwilling to demonstrate empathy, achieving this balance becomes very hard uphill work.

JIm, Having just read some research on the affect of Oxytocin on Trust (a form of empathy) I wonder if there is a difference in the brains of the wealth hoarders and those who try to impress with expensive toys.