This is my last post on the notes I took from the presentation at the Tri-Cities Senior Valentine event. I hope I have done Leah's ideas justice. She stated early in the presentation that our bodies move toward healing the presenter said, and when we exercise, no matter how mild the exercise, we cause ourselves pain. So, to counteract the pain our body releases chemicals called endorphins. These endorphins interact with the receptors in your brain that reduce your perception of pain. Endorphins also trigger a positive feeling in the body, similar to that of morphine.

We need to exercise to stay healthy, and as seniors, we require at least 150 minutes a week of exercise, but there are other things we can do to release these chemicals. We eat chocolate and chilli peppers, or drink wine, or have sex, get a massage. Meditate and laugh with a friend.

If we want to stay healthy, exercise is one of the best ways and there are two types of exercise that we can do to stay healthy and release endorphins. Cardiovascular and aerobic exercises are great for creating the intensity required for the release of mood-raising endorphins in your body. Aerobic exercises are those that get your heart rate up, like jogging, swimming, cycling, brisk walking, or using an elliptical trainer.

A side effect of exercise and other physical activity besides the production of endorphins is that endorphins which act as natural painkillers, also improve the ability to sleep, which in turn reduces stress. Other activities such as meditation, acupuncture, massage therapy, even breathing deeply can cause your body to produce endorphins.

The presenter told us that we need to get out more and enjoy nature. She said that researchers have found as little as five minutes outdoors in a natural setting can improve mood, increase motivation, and boost self-esteem. The amount of time spent in sunlight correlates with serotonin and dopamine synthesis. Even a brief walk in the park can improve your well-being.

Coffee increases your serotonin and dopamine levels … for as long as you take it. Once you stop drinking coffee, you will go into withdrawal. I tried to quit coffee once, and the withdrawal was very hard, so I started drinking coffee again. Did you know that your brain, becomes used to the high levels of neurotransmitters, and when you quit it will act as if there is a deficiency? It can take up to 12 days of caffeine-free diet for the brain to return to its normal state.

Scientific research has shown gratitude affects the brain’s reward system. It correlates with the release of dopamine and serotonin. Gratitude has been directly linked to increased happiness.

There have been many studies on a practice called the “three blessings exercise.” Every night for a week, you write down three things you are thankful for. People who complete this exercise tend to report more happiness and less depressive symptoms. Their improved mood can last up to six months.

When we achieve one of our goals, our brain releases dopamine. The brain finds this dopamine rush very rewarding. It seeks out more dopamine by working toward another goal.

Larger goals typically come with increased dopamine. However, it’s best to start with small goals to improve your chances of success. Short-term goals can add up to achieve a long-term goal (and a bigger reward). This pattern keeps a steady release of dopamine in your brain.

Researchers have examined the interaction between mood and memory. They focused on the anterior cingulate cortex; the region of the brain associated with attention. People reliving sad memories produced less serotonin in that region. People dwelling on happy memories produced more serotonin.

The brain reacts to novel experiences by releasing dopamine. You can naturally increase your dopamine by seeking out new experiences. Any kind of experience will work. You can do something simple like a new hobby or recipe. 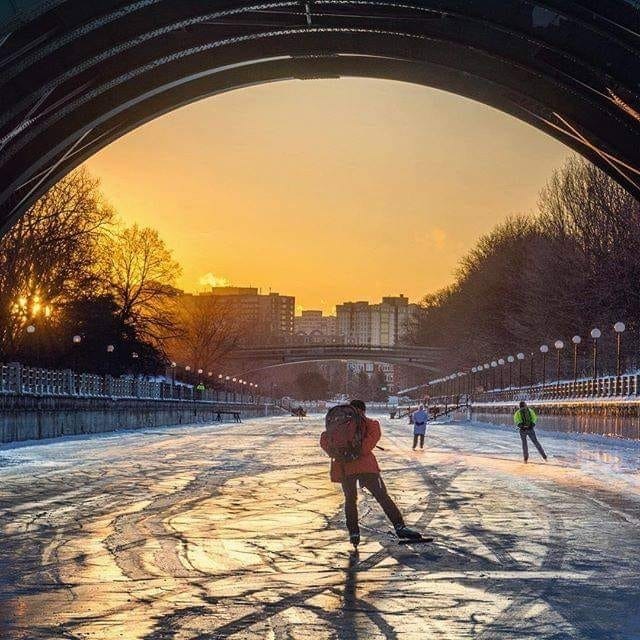 #5
No. That's done manually, if we forget it rights itself eventually.

#4
Does the clock automatically adjust for daylight saving?

Hi John and Bill, thank you both for your comments, most of the time I do feel happy and not because every day is a Friday for me. I am lucky enough to have a strange sense of humour and a coffee machine that works when I need it to work.

Great post Royce. I'm going to give the "three blessings a day" a try. It will encourage me to think positively, hopefully feeling blessed for reasons other than having a Coffee Machine that works. Perhaps one blessing could be having a good sense of humour, or at least not taking life too seriously.

thanks Royce for the post here, as with me, I am always happy and even feel like everyday is a friday here in Savannah, Georgia, usa. :~))